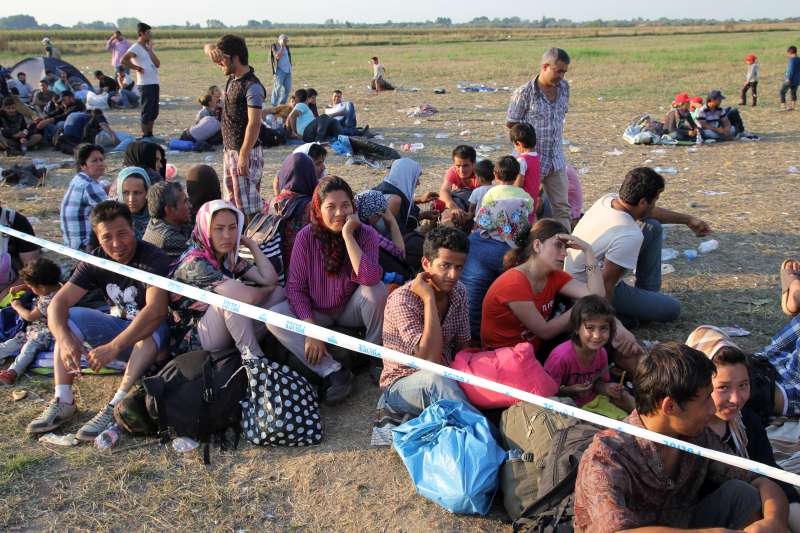 Refugees sit in the sun at a collection point in Röszke near the Hungarian-Serbian border while waiting to be transported to a registration center. © UNHCR/Z.Gal

Refugees from several countries, including Syria, Afghanistan and Somalia, are fleeing violence in their homelands and seeking asylum by the tens of thousands in Europe. Such a large population movement is creating problems for Turkey, the Eastern European states and the European Union (EU) as there appears to be no mechanism to accommodate the influx.

Isaac Kfir, a visiting assistant professor of law at the College of Law, a research associate with the Institute for National Security and Counterterrorism and a co-director of the Mapping Global Insecurities project at the Moynihan Institute of Global Affairs at the Maxwell School, explains some of the complexities facing the migrants and the European states. 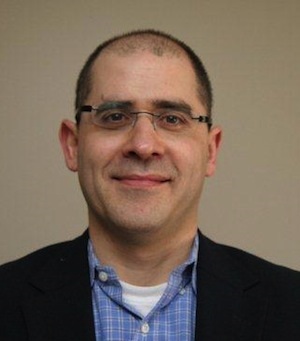 Kfir teaches such courses as “Post-Conflict Reconstruction and the Rule of Law,” “EU Law and Policy” and “International Human Rights Law,” along with the upcoming spring seminar “Refugee and Asylum Law,” which focuses on the UN Refugee Convention as the basis of most domestic refugee legislation and emerging issues.

Q: Why has this wave of migrants become such a crisis in Europe? Is it just because of the sheer number of people? Or are the European Union policies or international laws regarding refugees and asylum seekers not being implemented properly?

A: The word “crisis” is somewhat of misnomer because Europe is only being asked to address 6 percent of the world’s refugee population. There are nearly 60 million displaced persons in the world—19.5 million are refugees and 38.2 million people are displaced, meaning those who have not left their country of origin but have been forced to flee their homes. Most refugees are located in non-Western countries, such as Kenya, Iran and Pakistan.

The number of people currently heading to Western Europe is unprecedented in that it is more than what took place in 1956 after the Soviet Union invaded Hungary, which led to around 180,000 Hungarians fleeing to mainly Austria and also some to Yugoslavia. Interestingly, within the space of two years, the U.S. had resettled around 38,000 Hungarian refugees, with other countries such as Canada, Britain, West Germany, Australia, Switzerland and France also taking in thousands of refugees. In the 1990s, Europe faced another large population movement as the Balkans imploded, leading to humanitarian military action against President Milosevic’s Serbia to help stop the flow of people.

The EU countries are signatories to the UN Convention on Refugees [1951] and the 1967 Optional Protocol, and they must also abide by the European Convention on Human Rights. The key problem is that the convention was adopted in 1951 and is ill-suited to deal with many contemporary crises. The convention was a reaction to the Second World War and no one assumed that we would face a permanent refugee situation. The UN agency that deals with refugees—the UN High Commissioner for Refugees (UNHCR)—was not even a permanent agency, but one that had to have its mandate renewed, until the 2000s.

What has exacerbated the situation is the fact that the UNHCR is increasingly asked to fulfill two almost impossible roles: a refugee agency and a humanitarian one, with very limited resources, which may explain why the UN High Commissioner for Refugees António Guterres recently stated that the agency is “broke.” There are simply too many crises, which is why Office for the Coordination of Humanitarian Affairs recently noted that the global humanitarian budget for all countries stands at $19.52 billion, of which only $7.15 billion has been raised.

Second, within Europe there is a legal and policy issue that is largely responsible for the crisis. First, in the 1980s, Europe adopted the Schengen Agreement, which allows nationals of the member states to travel without passports within the Schengen Area. The aim was to remove much of the red tape that tends to slow down trade and commerce.

Emotional scenes in #Munich on Sunday, as thousands of mostly #Syrian refugees arrive in #Germany, from #Austria pic.twitter.com/Lp6U9ISN11″

In 1990, the European Community adopted the Dublin Regulations, which were revised in 2003 [Dublin I & II]. The aim of Dublin was to create a European system—Common European Asylum System—to address asylum seekers: individuals seeking refugee status within any of the member states of the EU. Dublin states that when a person enters the EU, they must claim asylum at their point of entry. If a person enters in Greece, this is where they must register and be processed upon receiving a refugee status. The individual is then permitted to travel anywhere in the EU.

In practical terms, however, what was happening was that the rich, Western European countries were shifting responsibilities to the poorer members by simply referring to the letter of law. For example, Britain, France and Germany would accept refugees, as long as they had been processed at the point of entry.

The problem is that the countries that are having to process the asylum application, such as Greece, Hungary and Romania, are too poor to handle application processes, as these are fact-based. The person applying for refugee status has to prove that they are fleeing persecution in their country of origin, which is why they are seeking international protection. Often the process takes months and the countries at the southern and eastern parts of the EU are overwhelmed by the numbers.

Consequently, individuals seeking refuge are kept in detention facilities as their applications are processed. In 2011, the European Court of Human Rights determined in a watershed case—M.S.S. v. Belgium & Greece—that returning an asylum seeker registered in Greece back to Greece from Belgium would result in inhuman and degrading treatment. The court reached the decision because of the conditions that the individual faced in detention facilities in Greece. Basically, the conditions were so bad that they amounted to torture.

Q: What could be done to alleviate the situation?

A: First, at its source, there is a need to address the reason why people are fleeing Syria, Central Africa and Iraq: pervasive insecurity. We need to think what would we do, if we faced marauding gangs bent on enslaving, sexually abusing and killing all those who face them. The people who are fleeing are doing so because they have faced such horror for over a decade.

Second, there has to be a legal and policy change that would allow states to take more asylum seekers. Declaring a willingness to take people in is only the start; provisions have to be made for accommodation, food, health and security. We live at a time of great insecurity and states, one could argue justly, must be fearful of allowing jihadi infiltrators in.

Also something has to change regarding the procedures of assessing asylum applications; for example, it can take a few weeks to get a refugee application done in Holland but several months in Germany or the United Kingdom. And until the person receives refugee status, they cannot always get a place to sleep or food.

Q: Do you see the United States getting involved?

A: The key issue would be in what capacity? Due to the pivot to Asia that President Obama announced in 2011, the U.S. has a limited naval presence in Europe with the Sixth Fleet. The key concern for the U.S. in the Middle East is the Islamic State and not so much the people who are fleeing. This is seen, after all, as a European problem because this is where the people are fleeing to, not the U.S.

It is hard to see the president changing policy and committing substantive force to help deal with the refugee situation. It is also hard to see any further U.S. interventions in the region, especially as there are concerns over getting dragged into another long presence in the Middle East.

It would appear that the White House is seeing the migration crisis as a European problem and the concern is that taking an aggressive stance with the root cause of the refugee problem—ending the civil war in Syria and defeating, if such a thing is even possible, the Islamic State—may undermine the Iran nuclear deal. Iran, after all, backs the Assad regime, whereas the Sunni Gulf states back the anti-Assad force. The White House has to engage in a careful balancing act, as there is no interest to undermine the hard-fought Iran nuclear deal, keep the Gulf—especially Saudi Arabia—in our camp and not undermine the “strategy” regarding the Islamic State.