One of the world’s leading political philosophy conferences is coming to the College of Arts and Sciences.

The third annual Workshop for Oxford Studies in Political Philosophy will take place on Sept. 18-20 in the Kilian Room (500) of the Hall of Languages. The schedule features a variety of lectures, including keynote addresses by Elizabeth Anderson and Seana Shiffrin, renowned philosophers at the University of Michigan and the University of California, Los Angeles, respectively. 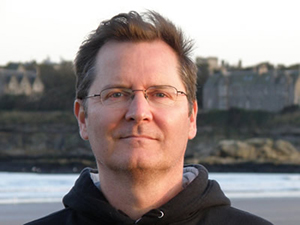 Lectures are free and open to the public. For more information, contact David Sobel, the Guttag Professor of Ethics and Political Philosophy, at davidsobel3@gmail.com. Click here for a complete schedule.

“This conference feature some of today’s leading philosophers, scholars and researchers,” says Sobel, who co-organizes the series with Peter Vallentyne and Steven Wall, philosophers at the universities of Missouri and Arizona, respectively. “The entire lineup is impressive, and we’re especially fortunate to have professors Anderson and Shiffrin as keynote speakers. Anyone with an interest in government, politics and democracy will benefit from what our guests have to say.”

The program includes 10 workshops, each with a lecturer, commentator and chair. Lecturers include the following: 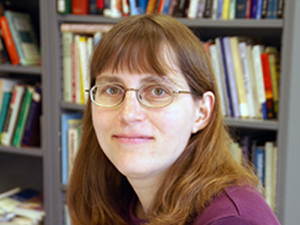 Sobel says the program is designed to explore various facets of modern political philosophy—specifically, how issues of liberty, justice and authority relate to political institutions and social practices. Case in point: In their keynote lectures, Anderson will discuss the problem with equality, from a political economy perspective; Shiffrin, the moral ramifications of negligence.

Political philosophy can trace its origins to ancient Greece, where Plato and Aristotle wrote about various forms of political organization, such as monarchy, tyranny, aristocracy, oligarchy and democracy. Different strands of thought concurrently sprung up in ancient China and India. Today, political philosophy has grown to encompass a wide range of topics, including new debates over issues of democratic citizenship and cultural pluralism.

Presented in conjunction with a book series published by Oxford University Press, the conference moves to Barcelona, Spain, next year.

Each summer, The Stand newspaper sponsors its annual Photo Walk, encouraging community members to explore, meet neighbors and document the South Side in photos. This summer, due to the COVID-19 pandemic, photographers will not come together in person but will…

The Newhouse School’s Bandier Program for Recording and Entertainment Industries has been chosen to partner with After-School All-Stars and TikTok on the inaugural Songwriting Academy, which launched today. The Bandier Program provides curriculum for the academy, which gives students from…

The Black Celestial Choral Ensemble (BCCE) at Hendricks Chapel has served as an important part of the Syracuse University community for over 40 years. The Rev. Dr. Seretta C. McKnight ’80, founder of the BCCE, will join Hendricks Chapel Dean…