The John Templeton Foundation awarded a $1.49 million grant to Merril Silverstein, the Marjorie Cantor Endowed Professor in Aging, for a three-year study entitled, “Religious Transitions, Transmissions and Trajectories Among Baby-Boomers and their Families.” Additionally, the National Institutes of Health (NIH) awarded Silverstein $401,072 for the project “Religiosity and Mortality Risk in Later Life.” Jointly appointed in the Falk College’s School of Social Work and the Maxwell School of Citizenship and Public Affairs’ Department of Sociology, Silverstein is a faculty affiliate in the Aging Studies Institute. 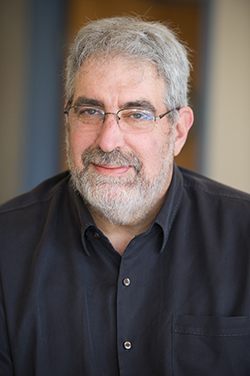 Both projects focus on positive outcomes for older individuals, their families and society related to religious engagement in later life. Given the rapidly growing older population and concerns about the viability of families as conduits for transmitting and preserving religious traditions, the research project provides much-needed data analysis on a major social issue confronting families today.

The research projects, which involve collaborative subcontracts with the University of Southern California and California State University, Los Angeles, target Baby Boomers and their families and explore whether religiosity changes following transition to retirement and entry into later life, is effectively transmitted across generations and reduces mortality risk as it also responds to proximity to death.

A prolific scholar and researcher, Silverstein recently concluded service as editor-in-chief of Journal of Gerontology: Social Sciences. Earlier this year, he received the James Martin Fellowship from Oxford University in its Institute of Population Aging to support an upcoming residency in population aging. With active projects around the globe, including Sweden, the Netherlands and Israel on topics of aging and intergenerational relations, Silverstein directs a longitudinal study of older adults in rural China entering its second decade. He currently serves as principal investigator of the Longitudinal Study of Generations (LSOG), a long-term study of multigenerational families that began in 1971 that has continued to collect data up to 2005 and, now with the current project, up to 2016.

The Templeton Foundation and NIH-funded projects include data collection from 1,294 Baby Boomer participants in the LSOG and 978 of their adult children.  As most of the Baby-Boomers in the sample have passed 65 years of age, it is a favorable time to examine their religiosity post retirement, a period that is theorized to signal a return to earlier practices and a reintroduction to previously joined religious communities. The project will also investigate whether contemporary changes in family life, such as divorce and step-family formation, alter intergenerational transmission of religiosity.

The National Death Index will provide detailed information about date and causes of death for the parents and grandparents of Baby Boomers in the sample, to examine the relationship between their earlier religious participation and mortality risk. Roseann Giarrusso, professor of sociology at California State University, Los Angeles, and Maria Brown, assistant research professor at the Syracuse University Aging Studies Institute and Falk College, will contribute to the quantitative component of this research project.

The project’s qualitative component is under the directorship of Vern Bengtson, faculty research professor with the School of Social Work’s Edward R. Roybal Institute on Aging at the University of Southern California. Interviews will be conducted with older adults who were first interviewed as part of Bengtson’s 2006-10 project supported by the Templeton Foundation to document the underlying processes by which religiosity and spirituality develop across generations in families.  Religious leaders and clergy from various faiths will also be interviewed to gain insight into their views on older congregants, as well as older congregants themselves.