The Bandier Program will present a lecture on Thursday, Sept. 3, by Rob Light ’78, head of the music department, a partner, and managing director of Creative Artists Agency (CAA), a leading entertainment and sports agency with offices in Los Angeles, New York, London, Nashville and Beijing. Light is also a member of the University’s Board of Trustees. 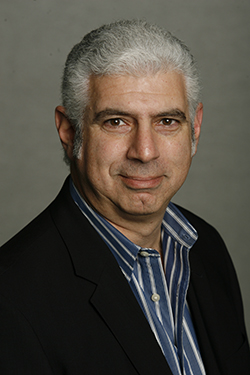 Under Light’s leadership, CAA’s music department represents many of the world’s most popular and talented musical artists and comedians. Light oversees all of CAA’s music agents, providing strategic counsel on concert tours and event bookings worldwide, as well as advising clients on their overall career development.

Following six years at International Creative Management, Light joined CAA in 1984. He was named head of the music department in 1998 and appointed to CAA’s management board in 2001. Under his visionary leadership, Light has led the department’s expansion into London, which marked the first time a full-service agency established an international presence; Nashville; and New York City, helping CAA become the pre-eminent talent agency for musicians and comedians in the U.S. and abroad. A market share leader, CAA represents more of the top 100 touring artists than the next four competitors combined and books more theater and arena comedy acts worldwide than any other agency. CAA’s music clients cross every genre, from pop, rock and country to urban, Latin and electronic dance music, as well as comedy.

Respected throughout the industry for his innovative deal structures and his ability to foresee and adapt to changes in the business environment, Light has led CAA’s music department to new heights by implementing an integrated services model that leverages CAA’s expansive and deep resources within the department and across the agency. This interdepartmental approach has taken clients into soundtracks, theater, feature films, television, documentaries, sponsorship, endorsement and licensing.

Under Light’s guidance, CAA was the first to hire a full-time marketing team to create and capitalize on strategic opportunities for CAA clients, working with managers, labels and local promoters on ticketing and digital marketing, among other initiatives. CAA also customizes sponsorship opportunities that bridge a brand’s marketing objectives and its clients’ needs to create a unique experience for the fan. Further enhancing artists’ brands and their connection with fans, CAA’s in-house team of licensing and endorsement experts develop new creative and commercial opportunities across a broad spectrum of business areas, including apparel, footwear, fragrance, beauty and more.

Light and his team have also been instrumental in building and creating many of the most successful themed music festivals in the last decade, including Vans’ Warped Tour, the Uproar Festival and the Mayhem Tour.

Light was honored as Agent of the Year in trade publications Pollstar and Performance Magazine in 1986, 1988, 1990, 1992, 1993, 1994, 2001 and 2003. The CAA music department has been awarded Agency of the Year by Pollstar for 12 consecutive years and Booking Agency of the Year by Billboard for six of the past eight years. In addition, Light was ranked no. 9 in Billboard’s 2013 Power 100 feature. He was the 2004 Children’s Choice Award recipient from the Bogart Pediatric Cancer Research Project and was recently honored by City of Hope with the Spirit of Life Award.

Light is a graduate of the S.I. Newhouse School of Public Communications with a degree in film and television. Married with five children, he is a board member for the Rock and Roll Hall of Fame, Communities in Schools and the Tiger Woods Foundation.