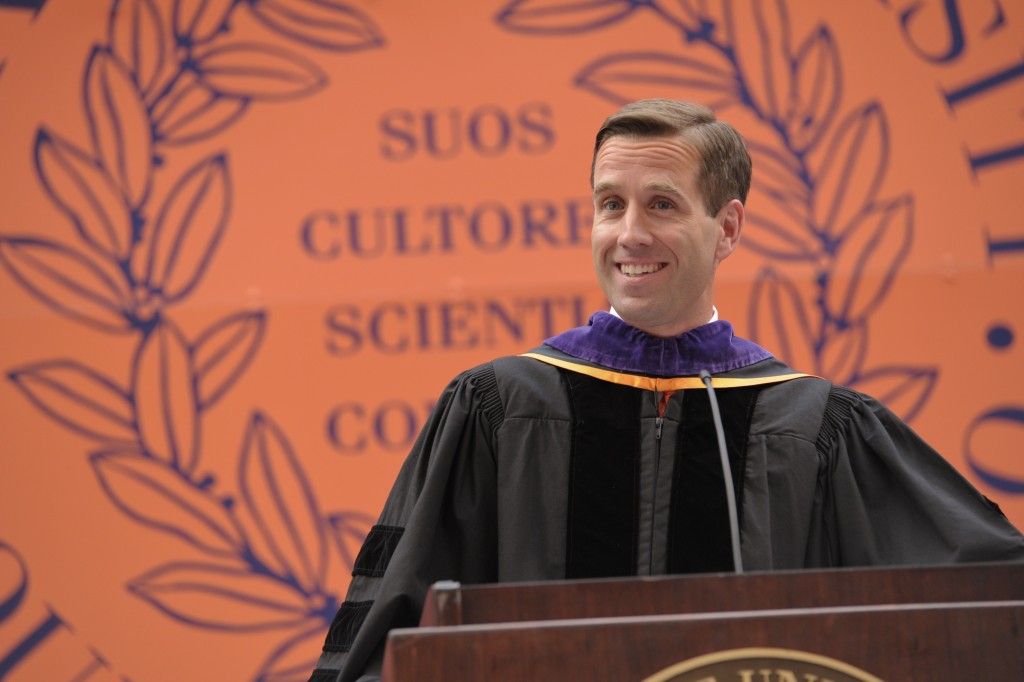 Joseph R. “Beau” Biden III, a 1994 graduate of the College of Law and the former attorney general of Delaware, will be remembered during the University’s first Roman Catholic Mass of the academic year on Sunday, Aug. 30.

Chancellor Kent Syverud and Chairman-Emeritus of the Board of Trustees Richard L. Thompson G’67 requested the Mass be said in Biden’s honor.

The Mass will be held at 1 p.m. Aug. 30 at Hendricks Chapel. The celebrant will be the University’s Roman Catholic Chaplain, Father Linus DeSantis.

Biden served two terms as Delaware’s attorney general and was a soldier who earned a Bronze Star during his 2008-2009 service in Iraq. He made a special visit back to his alma mater in 2011 when he spoke at the College of Law Commencement.