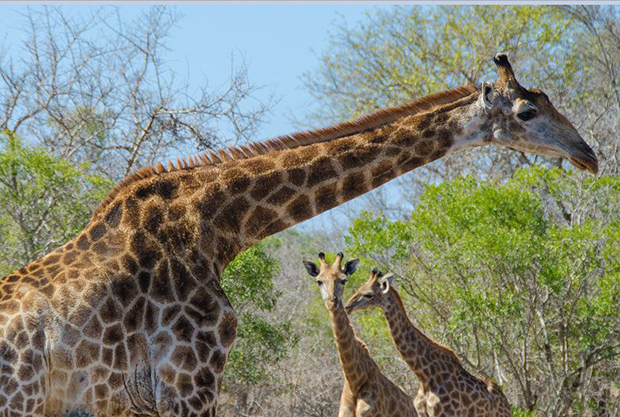 At Mkhaya Game Reserve, a South African giraffe feasts on acacia trees with a protective eye toward her young offspring. ( All photos by Chase Guttman) 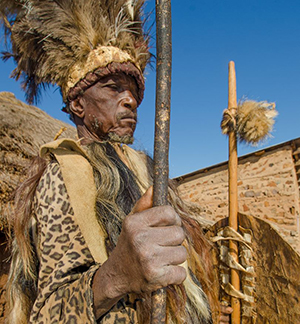 Near the Mozambican border, an elderly tribal chief stands guard over his village in full ceremonial dress.

The summer of 2015 isn’t one Chase Guttman ’18 will soon forget. It included close encounters with sharks in a shark cage, riding ostriches and a photographic journey into a land of breathtaking beauty and culture. The Newhouse School student once said his dream was to become a photographer for National Geographic Traveler. Based on the results of his summer experience, he’s getting there.

Guttman, who was twice named Young Travel Photographer of the Year and a 3 Best Travel Photography Blogger by USA Today among other accolades, spent time this summer in Africa and returned with stunning images from the Kingdom of Swaziland.

Chase and his father Peter Guttman (a world renowned travel journalist who most recently published “By the Sea”) were offered an assignment by Swaziland Tourism to capture the kingdom’s essence and beauty.

The work speaks for itself, and showcases a week filled with rich photographic opportunities.

“It was phenomenal,” according to Guttman. “We saw rare black rhinos in the wild, one of the coolest things I’ve seen in my life. We zip lined over forest canopies, I slept in beehive huts, and to do it with my dad made it extraordinarily special.” The visit by Chase and his dad was newsworthy, and was covered by the Swazi Observer. 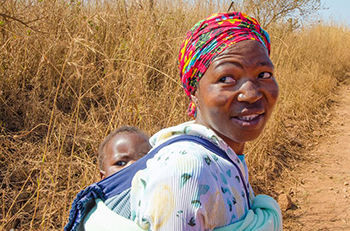 On the rural outskirts of Shewula Mountain Camp, a mother wanders down a dirt road with her baby in tow.

“Swaziland has such a wealth of raw culture, it’s so interesting and engaging to the human eye,” says Guttman. “It’s really the whole package, when you consider the amazing Swazi people, the landscape and the wildlife.”

Even though Guttman was far from home, there was still connectivity with Syracuse University. “I always said I came to Syracuse and the Newhouse School to learn the storytelling aspect of photography, the real raw photojournalism part of the craft. I think that’s extremely important anytime you travel the world, and it was particularly important in Swaziland because there are so many interesting stories to be told in every different corner.” 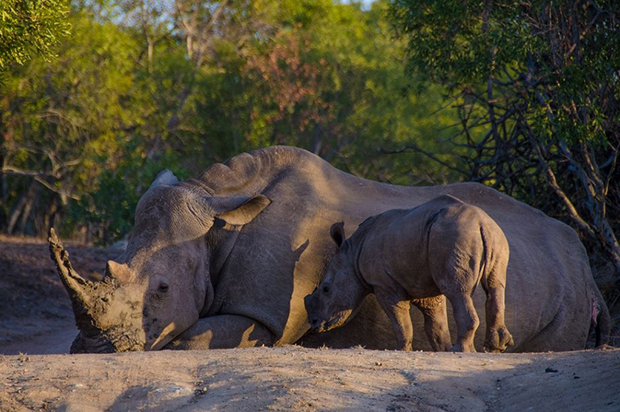 “As the day draws to a close in the Swazi Lowveld, two white rhinos meet eye to eye in the shadows of the setting sun.

You can find more of Guttman’s work by following him on his Instagram account (Instagram.com/chaseguttman) or his website chaseguttman.com. Additionally, his photos are featured in a travel blog highlighting the beauty of Swaziland, and can be seen here: http://www.alamy.com/blog/the-best-travel-destinations-to-visit-before-you-die.