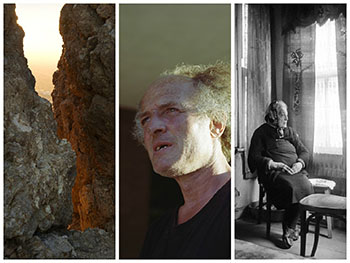 The Light Work Grants in Photography program is a part of Light Work’s ongoing effort to provide support and encouragement to artists working in photography. Established in 1975, it is one of the longest-running photography fellowship programs in the country. Each recipient receives a $2,000 award, has their work exhibited at Light Work and is published in “Contact Sheet: The Light Work Annual.” The judges for this year were Larissa Leclair (founder, Indie Photobook Library), Ryan Linkof (assistant curator, Los Angeles County Museum of Art) and Todd J. Tubutis (executive director, Blue Sky, the Oregon Center for the Photographic Arts).

Jensen was born in Denmark and moved to New York City in 1997. Six years later, her life and career as a documentary and editorial photographer were cut short by a sudden development of severe environmental illness. Jensen’s first monograph, “The Canaries,” is about environmental illness and was published in 2013. It has since received much international acclaim. Her book was selected by many as one of the best photobooks of the year 2013. “The Canaries” was shortlisted for the Paris Photo/Aperture Foundation First Photobook Award 2013, longlisted for the Kraszna-Krausz Book Awards 2014, nominated for the Kassel Best Photobook Award 2014, and is in the collection at MoMA. The project has been exhibited in solo shows at Light Work and the Center for Photography at Woodstock, N.Y.; featured in the New York Times, Esquire Russia, Wired.com rawfile, Vision Magazine China, Business Insider, Slate.com; and selected for Slate.com’s “Best Photography Shows of 2012.” “The Canaries” was featured in the “TONY:2012” exhibition at the Everson Museum of Art in Syracuse, N.Y. Jensen is a 2013 NYFA Fellowship recipient.

Sakellariou is a photographer currently living and working in Binghamton, N.Y. From the mid-1980s until 1992, he was a working photographer based in Athens, Islamabad and New Delhi. His clients were the weekly news magazines and his work was represented by JB Pictures in New York City. In 1992, he began work on a long-term project on the dwindling Greek population of Istanbul. The project was published as a book titled “The Last Greeks of Istanbul,” and was one of the first photobooks to be published in Greece. The Benaki Museum plans to acquire a portfolio of the work for its permanent photography collection. In 1998, Sakellariou and his wife moved to Binghamton. A year later, he began teaching photography at Binghamton University, where he continues to teach today.