Student Author Challenges Perceptions in ‘I, Too, Am a Dancer!’ 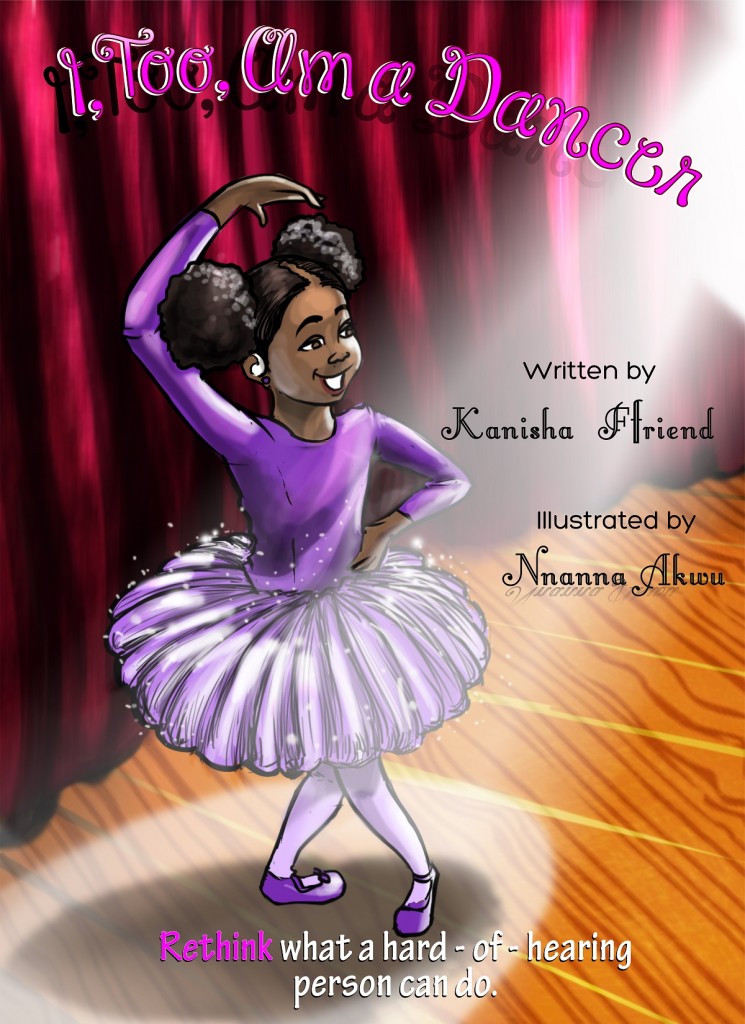 “I,Too, Am a Dancer!” tells the story of a young girl of color who is hard of hearing and full of confidence.

Anika is a young girl of color who is hard of hearing and full of confidence, and, of course, the central character. It was a different approach from what Ffriend had seen in other books about people with disabilities.

“I wanted to dispel all of that. She’s not the supporting character—she’s the main character.”

In the 30-page picture book, which was released in June, Anika is at first made fun of by her classmates when she says she wants to perform as the dancer in the school play. Anika, who communicates via American Sign Language, helps her classmates to practice compassion and shows her dance moves, using her body and senses to feel the beat of the music.

The book, which can be found at Ffriend’s website, http://www.blackgirlwrite.com, includes a lesson plan and activities for teachers and students.

A voice for understanding

“I see Anika as being a voice and being used in classrooms to increase understanding,” Ffriend says. “I wanted to make sure there are different stages within the book that anybody—no matter what age group, no matter what skin color, no matter what ability—could connect with her.”

Ffriend started working on the book while in high school as part of a scholarship competition that involved writing a children’s story about an underrepresented community. She became interested in writing about someone who is hard of hearing after seeing a television program with a disability storyline and a reality show that included actress Marlee Matlin, who is deaf. 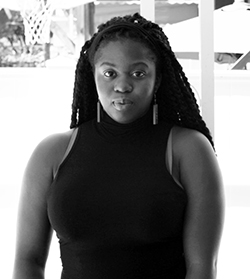 “Deaf culture opened the door for me to educate myself on other disabilities,” Ffriend says. “I learned about disability being on a spectrum and I wanted to introduce that in my first book. Anika is not a young child who is deaf; she is hard-of-hearing for that specific reason.”

Ffriend also has Anika wear purple, which is associated with royalty and dignity. “Her hair is natural in two obnoxious big puffs—a key signature of my niece Kai, actually,” she says. “I wanted her to positively and unapologetically represent her disability and blackness.”

She ended up not submitting the book after realizing even if she didn’t win the scholarship the organization would still gain the rights of the images and content.

The book was put on hold but revived after she arrived at Syracuse.

“I started working with her and with a lot of the programs at the Disability Cultural Center,” Ffriend says. “While I’m learning about all these things about disability, I looked back at my book.” She had more of a critical eye into the disability community and reworked the book into a more positive light.

“I added more elements of teaching and understanding and changed the character a lot,” Ffriend says.

Ffriend then connected through an online service with a freelance illustrator from Nigeria, Nnanna Akwu, with whom she worked for about two and a half months just to get her vision of Anika correct.

That just left the need for funding.

“I have this favorite quote—‘Fortune favors the bold,’” Ffriend says. “Even before I had funding for the project, I was looking for the illustrator. I was acting like I already had it.” 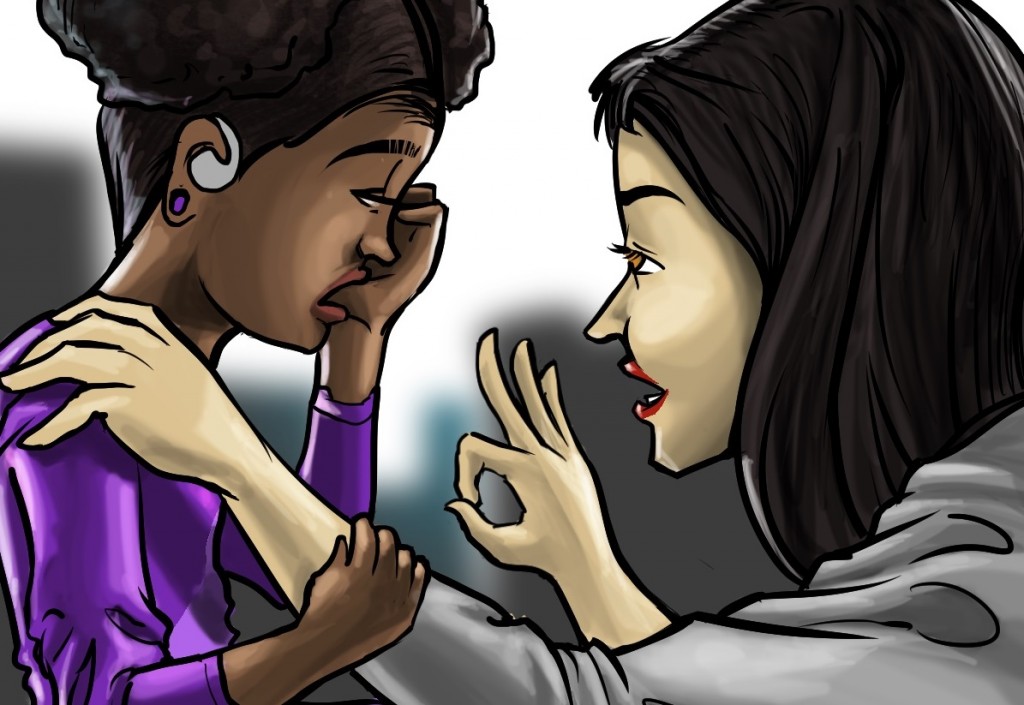 An illustration in Kanisha Ffriend’s book, “I,Too, Am a Dancer!,” shows Anika and her teacher. Illustration by Nnanna Akwu

Ffriend shared the book idea with people she met and was encouraged by their responses and ideas.

She heard about the Raymond von Dran IDEA Awards competition, held at the Whitman School to provide seed funding to student ventures, and entered the social enterprise category, which she won.

“I was elated and grateful they believed in me,” Ffriend says. “I had never written a book before. The story needs to be told and they believed that as well.”

Wiener calls Ffriend a writer, entrepreneur and activist who was resolute in bringing the book to publication.

“Kanisha’s new book exemplifies her ongoing commitment to social justice in a world that is oftentimes devastating in its oppressions,” Wiener says. “Rather than despairing or giving up, Kanisha, an activist, transforms her understandable and righteous anger into meaningful, beautiful work, like so many writers and artists who are many years her senior.”

Ffriend, who is from the Bronx and presented her work during New York City’s Disability Pride Parade July 12, still has a year left at Syracuse, but has plans in place for after graduation. She has already been accepted by Teach for America to teach in 2016 in Charlotte, N.C.

“Fingers crossed, ideally, I would love to work in children’s media, documentaries and children’s books,” Ffriend says. “My plan is I want to always focus on teaching tools and culture in the classroom curriculum.”