The Department of Philosophy in the College of Arts and Sciences is marking the 10th anniversary of its acclaimed SPAWN summer workshop series by revisiting the theme of its first conference: “Consciousness.”

SPAWN, which stands for “Syracuse Philosophy Annual Workshop and Network,” will take place July 29-31 in the Kilian Room (500) in the Hall of Languages. Philosophers from around the world will participate in sessions focusing on the work of up-and-coming scholars who specialize in consciousness. The program includes two panel discussions that will address the current state of debate on consciousness, as well as new and emerging issues. 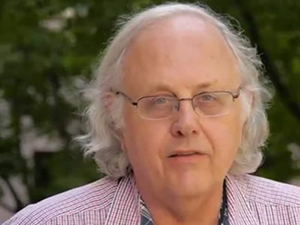 Given the small-workshop format, participation at SPAWN is by invitation only. Those interested in attending, however, may contact Robert Van Gulick, professor of philosophy, at rnvangul@syr.edu.

“There are many philosophy conferences, but what makes SPAWN distinctive is the idea of putting young philosophers in the primary role as main presenters, with senior figures serving as commentators,” says Van Gulick, SPAWN’s founding academic organizer. “This approach gives SPAWN an intergenerational feel.”

In honor of the anniversary, SPAWN will feature nine junior presenters, all of whom have earned Ph.D.s in the past decade. Moreover, all of this year’s senior commentators and panelists participated in the first SPAWN in 2005. Van Gulick says that, even though some of them were junior presenters back then, all of them have since become major figures in the field. “It will be a reunion, but one with a whole new group of young philosophers added in,” he says.

“SPAWN brings together bright, young philosophers with experienced scholars to help shape the discussion and research about a particular topic,” says Ben Bradley, department chair and the Allan and Anita Sutton Professor of Philosophy. “The result is a forum that is diverse and inclusive.”

SPAWN is made possible by the Alice Hooker ’34 Endowed Fund for Philosophy. Additional support comes from the Central New York Humanities Corridor, generously supported by an award from the Andrew W. Mellon Foundation.