Syracuse University Libraries has announced the re-appointment of Susan Hildreth to its advisory board. 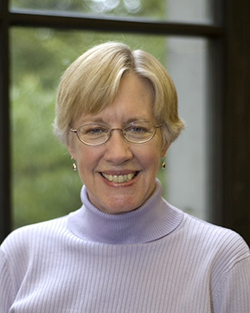 Hildreth was appointed by President Obama and confirmed by the U.S. Senate as director of the Institute of Museum and Library Services (IMLS) in Washington, D.C. She completed her four-year term in January 2015. While at IMLS, Hildreth administered a $250 million budget, including $100 million in competitive grants for libraries and museums. She was a member of the Syracuse University Libraries Advisory Board at the time of her IMLS appointment, a position from which she had to withdraw.

Hildreth is former State Librarian of California, City Librarian at the Seattle Public Library, and City Librarian of San Francisco. She is currently executive director of three associated organizations in California: the Peninsula Library System that supports public libraries in San Mateo County, Calif.; the Pacific Library Partnership, a consortium of public libraries in the greater San Francisco Bay area; and the Califa Group, a non-profit that provides aggregated procurement services and other statewide programs for California libraries.

“I am grateful to Ms. Hildreth for her willingness to work with us,” says Interim Dean of Libraries K. Matthew Dames. “With her professional expertise and national standing, she brings a unique perspective and adds to the Board’s considerable expertise and strategic connections.”

Hildreth says, “I am honored to be rejoining the Libraries Advisory Board. We are embarking on an exciting journey, and I hope that I can assist in ensuring that the Syracuse University Libraries meet the digital information needs of our 21st century students and faculty while continuing to preserve and showcase the Libraries’ special and historical print collections.”