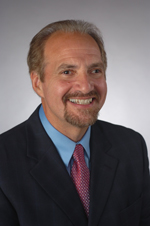 The removal of the Confederate flag from the South Carolina capitol grounds could prove to have significant advantages in home field or court advantages for institutions like University of South Carolina, said Michael Veley, director and chair of the Department of Sport Management at Syracuse University.

“The decision by South Carolina lawmakers to remove the Confederate flag from Capitol grounds also opens opportunities for the state’s NCAA institutions to host championship events, which heretofore have been banned by the NCAA,” said Michael Veley, director and chair of the Department of Sport Management at Syracuse University.  “This ruling could provide economic benefits and home field or court advantages to institutions like the University of South Carolina, which is significant.”

“No school can afford to forfeit a game after working successfully all season to earn post-season tournament bids,” said Veley. “The student-athletes and coaches are being penalized in a political battle outside of the field of competition. While we live in an era of political correctness and strive for social responsibility and justice, the NCAA’s number one stakeholder must always be the welfare of the student-athletes that they govern.”

This is not the first time the NCAA has gotten involved with other hot button political issues.

“In 2005, the NCAA banned the use of American Indian mascots by intercollegiate sports teams during post-season tournaments, calling them ‘hostile and abusive.'” Veley added. “It sparked a lot of controversy – with some universities being exempted – but eventually led to the University of North Dakota retiring its ‘Fighting Sioux’ nickname and American Indian head logo. The NCAA imposed some heavy-handed tactics, including banning UND from hosting post-season tournaments and threatening to forfeit games played if the Fighting Sioux nickname or logo was displayed by teams, cheerleaders or band members of the school.”

Michael Veley can be reached at mdveley@syr.edu