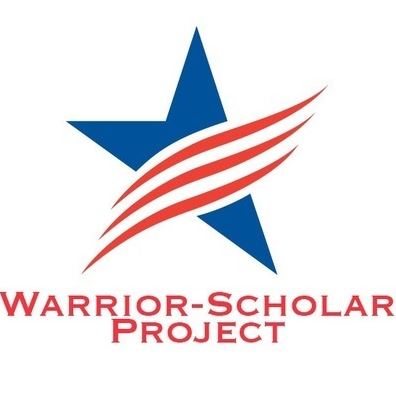 The Warrior-Scholar Project is hosting a weeklong academic boot camp on campus beginning this Saturday.

Military veterans face a wide range of challenges as they transition from the service and head back to school. To help ease the transition, the Warrior-Scholar Project (WSP) is hosting a weeklong academic boot camp on campus beginning this Saturday, July 11.

The Warrior-Scholar Project’s boot camps, hosted at top universities around the country, are immersive academic preparation courses for enlisted military veterans of any skill level. WSP attendees are all enlisted veterans and transitioning service members who are planning to enroll in or transfer into a four-year undergraduate program.

Many vets who are returning to school have not been in a classroom setting for several years. These men and women are underprepared to reach their full potential in the fundamentally different social and cultural environment of a college campus. WSP empowers veterans to develop the skills and confidence necessary to successfully pursue higher education.

“This program will enable transitioning enlisted veterans to become better prepared academically as they transition into their respective universities and become leaders in the classroom,” says Ron Novack, executive director of Syracuse University’s Office for Veteran and Military Affairs. “We are honored that WSP chose and invited Syracuse University to host an academic boot camp this summer.”

“We are confident that a number of the students attending this boot camp will ultimately choose Syracuse University to pursue their undergraduate degrees,” he says.

Each WSP course is run by an accomplished student-veteran, and taught by the host university’s faculty. An intensive syllabus composed of both classical and modern texts guides participants as they learn how to frame their ideas in an academic context and think critically.

WSP launched its first program at Yale University in 2012 with nine participants. Since then, WSP has expanded to encompass 11 top schools, including Syracuse University and is on track to train over 200 enlisted veterans in 2015.

Syracuse University has a long tradition of service to the nation’s veterans and military service members, dating back to 1917, when the student body first voted to create an officer training program on campus. Since that time, Syracuse University alumni have proudly served at home and around the globe in every major conflict since World War I. Beginning in 1919, Syracuse began to welcome the first wave of returning war veterans to campus as student-veterans and has supported them ever since.

“I am so proud to be a part of bringing this opportunity for student veterans to our campus,” says Jennifer Jeffery, WSP program co-director at Syracuse University. “I hope the growth of this program will be a significant step in enabling our country’s transitioning enlisted veterans to optimize their educational benefits. The Warrior-Scholar Project not only changes veterans’ lives for the better, it positively impacts our society by helping them get a great start on their post military educational journeys and empowering them to reach their potential.”

WSP will host a total of 11 academic boot camps across the United States in 2015. To learn more about the program or to apply for future boot camps, visit www.warrior-scholar.org.