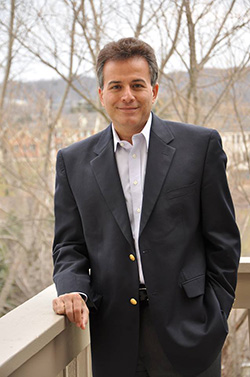 Mehrzad Boroujerdi, Professor and Chair of the Political Science Department and O’Hanley Faculty Scholar at Syracuse University’s Maxwell School of Citizenship and Public Affairs, offers insight on the ongoing nuclear negotiations with Iran. As the United States readies for a three-day holiday, international leaders continue to negotiate for a nuclear deal in time for the July 7 deadline.

“It is often said that diplomacy is a marathon, not a sprint. The protracted nuclear negotiations between Western powers and Iran that began twelve years ago have given new meaning to this expression. Seven months after signing a Joint Plan of Action and imposing a deadline of June 30 on themselves, the opposing sides have decided to extend the deadline by an additional week in order to attempt to resolve a number of cumbersome issues, including the timing and scope of sanctions relief (Iran’s main concern), the intrusiveness of inspection of Iranian military sites, transparency for Iran’s past military-nuclear activity, and the placement of future limits on Iran’s nuclear-related research and development,” said Mehrzad Boroujerdi, Syracuse University Professor at the Maxwell School of Citizenship and Public Affairs.

“Far from a negative development, the extension of the talks indicates that the tight-lipped interlocutors may be on the verge of a historic breakthrough. Such a development would mark the most consequential foreign policy accomplishment of both President Obama’s and President Rouhani’s tenures. Mindful of critics hell-bent on torpedoing any agreement, the two sides are attempting to reach a deal before the start of the month-long Congressional recess on August 3, so as not to provide the nay-sayers with additional time. The venerable diplomats assembled in Vienna are engaging in brinksmanship and the compromises may look messy and awkward, yet considering the grievous consequences of failure we should all hold our breaths for a few more days,” said Boroujerdi.

Dr. Boroujerdi is the immediate past President of the International Society for Iranian Studies and has written and been interviewed extensively about Iran. He can be reached at 315-885-4055 or email mborouje@syr.edu.