A newly minted graduate of the College of Arts and Sciences is receiving some well-deserved praise upon her latest scholarly accomplishment. 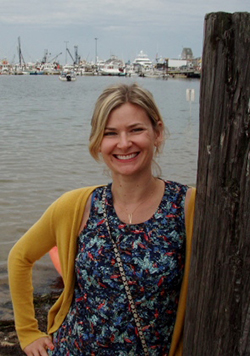 Amy Massoud G‘15, who just recently earned a Ph.D. in philosophy, has received notification that her most recent paper will be published in a forthcoming edition of the highly prestigious journal Ethics. Her essay, “Moral Worth and Supererogation” offers a novel account of the moral praiseworthiness of actions, which enables a plausible, positive account of morally supererogatory actions, i.e. actions that are morally praiseworthy, but that lie beyond the scope of duty.

According to Ben Bradley, the Allan and Anita Sutton Distinguished Chair of Philosophy, only five percent of all submissions make it into the journal for publication.

“What Amy has done is truly remarkable for a graduate student. Ethics is the most prestigious ethics journal in the world, with a very rigorous evaluation procedure,” explains Bradley. “The department is ecstatic about this achievement. Her paper and her recently completed dissertation make an important contribution to philosophical debates about moral worth.”

The philosophy scholar says her interest in moral theory was piqued while completing her master’s degree.  However, it was during her third year in an independent study class at Syracuse that Massoud began exploring the deeper concepts of supererogation and its relationship to ethical merit.

Massoud credits Professor Bradley and Professor Kris McDaniel, director of graduate studies in the Department of Philosophy, with the crucial feedback and encouragement she received during the editing and submission process.

“The faculty members in the philosophy department are extremely supportive of its graduate students,” says Massoud. “I’m so thankful I ended up in this particular program.”