Members of the University community need to be ready to assist young journalists by answering questions in a timely manner, allowing for stories to be completed on deadline. That’s one of the many responsibilities of a sports information director (SID). Recently, SIDs from around the country met in Orlando, Fla., to discuss ways to more effectively help the young journalists who cover their respective teams. It was all part of the annual conference held by the College Sports Information Directors of America (CoSIDA). Among them is Pete Moore, Syracuse University’s Director of Athletic Communications. 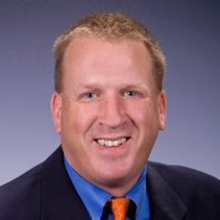 “At Syracuse, we have so many students who get involved in sports reporting and broadcasting,” says Moore, “whether it be with WAER, WJPZ, the Daily Orange or one of our other media outlets.” Moore, the former president of CoSIDA, was part of a panel discussion on “Working With Student Media,” which included SIDs from New York University, the University of Pennsylvania and Northwestern University. Moore says the purpose of the panel was to help other strategic communicators work with and help student media. “I was able to pass on some suggestions to other CoSIDA members on how the athletic communications office can develop successful working relationships with student media.”

Along with his role as past president, Moore is a member of the CoSIDA Special Awards and Nominating Committees (CoSIDA selects the Academic All-American teams) and has been inducted into the CoSIDA Hall of Fame.