Coyle was selected following a comprehensive national search and was recommended to the Chancellor by the Director of Athletics Search Committee that was appointed in early April. 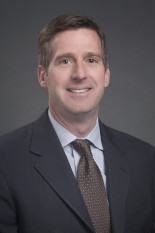 “Mark has an outstanding record as a director of athletics and is known throughout the country for his professional accomplishments,” says Chancellor Syverud. “His strong academic values and commitment to the welfare of student-athletes, combined with his record of achievement in fundraising, make him the right person to lead Syracuse University Athletics forward at this important time for the University.”

During Coyle’s tenure at Boise State, Bronco Athletics teams posted the highest grade-point average in school history, with 18 teams setting team GPA records and more than 72 percent of the student-athletes earning above a 3.0. Four Boise State teams—football, women’s golf, women’s tennis and volleyball—earned Public Recognition Awards from the NCAA in 2015 for having multi-year APR scores in the top 10 percent of their respective sports. Additionally, 10 athletic teams recorded a perfect 1000 APR this past academic year.

Known for his success in fundraising, under Coyle’s leadership, the Bronco Athletic Association raised more than $40 million in capital gifts and annual donations, including a $12.5 million naming gift for the football stadium. Additionally, Coyle renegotiated the multimedia marketing rights agreement with Learfield Communications valued at more than $42 million in guaranteed revenue for the department.

“I am truly impressed with Syracuse University’s athletics program and I am honored to have been selected athletic director,” Coyle says. “Throughout my career I have been committed to developing student-athletes and athletics staff to be leaders both inside the classroom and on the court and playing fields. I recognize that Syracuse University student-athletes, coaches, athletic staff and fans are among the best in the country. I am eager to work beside them and look forward to becoming a part of Orange Nation.”

“On behalf of the entire search committee I’d like to say how excited and supportive we are of Chancellor Syverud’s selection of Mark Coyle as our next director of athletics,” says University Trustee Steve Ballentine, CEO of Ballentine Capital Management, who chaired the nine-member search committee. “The committee conducted a comprehensive national search, targeting the very best. The interest in this job from so many extremely qualified candidates was deeply gratifying and should make Orange Nation proud. The Chancellor charged us to seek an experienced leader who will continue the University’s legacy of integrity and strong academic values, respect for diversity, student-athlete welfare, competitive success across all sports and fiscal responsibility. In Mark Coyle he has chosen exactly that leader.”

“Mark Coyle is uniquely qualified to lead our Athletics Department at this important juncture,” says Special Assistant to the Chancellor Barry L. Wells, former senior vice president and dean of student affairs at the University. “He has an impressive track record of accomplishment which puts the student-athletes’ well-being at the forefront of athletic success. Mark has the right values and beliefs for Syracuse University and should lead us to success both in the classroom and in the athletic arena.”

Prior to joining Boise State, Coyle served in several roles in the athletics department at University of Kentucky, first as an associate athletics director in fundraising and development. He was quickly promoted to senior associate athletics director for external affairs, a position he held for four years before being named deputy director of athletics. At University of Kentucky, Coyle successfully raised more than $140 million in annual donations and capital pledges and served as a sport administrator for multiple teams, including men’s basketball, volleyball, and men’s and women’s golf. Coyle managed football and men’s basketball scheduling, oversaw hiring of head coaches and support staff and was involved with recruits during campus visits. In 2011 he supervised the men’s basketball program, which advanced to the NCAA Final Four.

Coyle began his career at the University of Miami and later joined HOST Communications Inc., a national leader in college sports marketing, association management and media services that was acquired by IMG in 2007. At HOST, Coyle served as key liaison to clients including the NCAA, the University of Tennessee, the Southeastern Conference, the University of Notre Dame and Florida State University.

A former football student-athlete, Coyle received his undergraduate degree from Drake University in Des Moines, Iowa, received a master of science degree in sports administration from Florida State University in Tallahassee, Fla., and a master of arts in teaching from Drake University. Coyle will move to the Syracuse region later this summer with his wife Krystan, a physical therapist, and their three children, Grace, Nicholas and Benjamin.

Coyle will assume his new role on July 6. The appointment is to be confirmed by the University’s Board of Trustees at its next meeting.

He will be formally introduced at an event to be held on the Syracuse University campus on Monday.