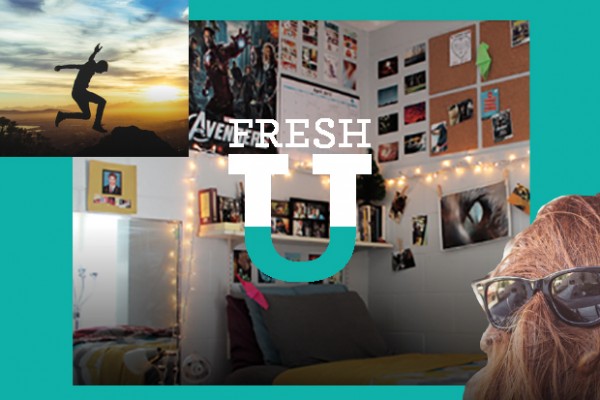 Fresh U was created by Kate Beckham and her editorial team for college freshmen. (Photos by Joshua Earle, Nataly A. and Ryan McGuire, from left)

Fresh U, a national publication offering content targeted at first-year college students, was launched online June 1. Billed as “for freshmen, by freshmen,” Fresh U is the brainchild of student Kate Beckman, a junior magazine major in the Newhouse School. 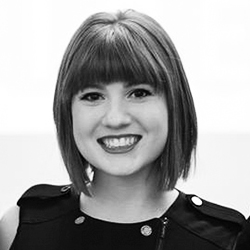 “Fresh U provides freshmen the opportunity to run their own publication their first year of college,” says Beckman. “I wanted to provide a platform for freshmen to gain experience with journalism in a way that hasn’t been available before.”

In addition to Beckman, two Syracuse University students and a recent alumna make up the editorial team: Sara Swann, a sophomore newspaper and online journalism major, is editorial director; Matt Gehring, a sophomore television, radio and film major, is social media director; and Lindsay Dawson ’15, a graduate of the graphic design program, is design director.

Fresh U launched with more than 100 stories focused on the excitement, changes and choices faced by incoming freshmen as they spend their last months at home and prepare for the move to college. Content comes from more than 150 contributing writers from about 50 schools across the country, all of them incoming freshmen. Among the stories currently posted on the Fresh U site are “Why Getting Rejected By My Dream College Was the Best Thing That Ever Happened to Me,” “14 Things You Must Do the Summer Before College” and “The Hidden Danger of ‘Redefining’ Yourself in College.”

Beckman is no stranger to what she calls “freshman niche” publications. As a first-year student at Syracuse University in fall 2013, Beckman realized there were no campus publications specifically addressing the topics and issues important to freshmen, or where those students could take on leadership roles in the editorial process. So she founded Juiced magazine for freshmen at Syracuse, serving as editor-in-chief. She published a digital edition that fall, and raised funds via Kickstarter to publish print copies the following semester. She transitioned the magazine to a new staff of first-year students following the end of her freshman year.

Fresh U builds on the Juiced magazine concept and franchises it to other universities. Beckman and her staff spent five months building the website and content management system, recruiting writers and gathering content. The venture received funding through the Raymond von Dran IDEA Awards competition.

“We are so excited to launch Fresh U,” Beckman says. “And what a great day for these terrific writers: to be able to showcase their writing on a national platform—before they even take the first step on campus and really begin their careers. I remember this excitement and desire to get published just two years ago when I was a freshman, and that’s why I started Juiced, and now Fresh U.”

Incoming freshmen who want to write for Fresh U or start a chapter at their college or university can apply online at http://www.freshu.io or contact Beckman at kate@freshu.io.