Theresa Singleton, associate professor of anthropology in the Maxwell School, is the author of a new book, “Slavery behind the Wall, An Archaeology of a Cuban Coffee Plantation,” published by University Press of Florida. In this, her third book, she examines slavery in Cuba—the largest slave society of the Spanish colonial empire—where the plantation owner at Santa Ana de Biajacas sequestered slaves behind a massive masonry wall. 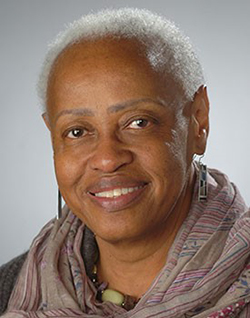 In the first archaeological investigation of a Cuban plantation by an English speaker, Singleton explores how elite Cuban planters used the built environment to impose a hierarchical social order upon slave laborers. Behind the wall, slaves reclaimed the space as their own, forming communities, building their own houses, celebrating, gambling and even harboring slave runaways. What emerged there is not just an identity distinct from other North American and Caribbean plantations, but a unique slave culture that thrived despite a Spartan lifestyle. Singleton’s study provides insight into the larger historical context of the African diaspora, global patterns of enslavement and the development of Cuba as an integral member of the larger Atlantic World. Her book has been described as “a significant contribution in Caribbean archaeology” and “a reference point for future studies on Afro-Cuban archaeology.”

Throughout her career, Singleton has combined her research interests with developing museum collections, exhibitions, lectures, workshops and publications. She has completed comparative studies of slave societies in the Americas. She began her study of slavery in coastal Georgia where African-Americans descended from the former slave population are known as the Gullah. Since that time, she has conducted research, contributed to exhibitions and published on various aspects of African-American life in United States.