Azra Hromadzic, assistant professor of anthropology in the Maxwell School, has published a new book, “Citizens of an Empty Nation: Youth and State-Making in Postwar Bosnia-Herzegovina” (University of Pennsylvania Press), an ethnography that investigates the internationally directed postwar intervention policies in Bosnia and Herzegovina and the response of local people, especially youth, to these policy efforts. 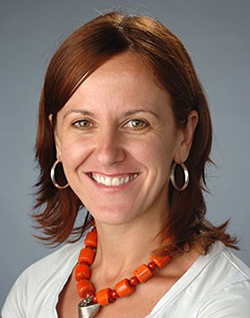 In the book, Hromadzic examines the polarizing effects of everyday ethnic divisions caused by the devastating Bosnia-Herzegovina conflicts. Strong allegiances to ethnic nationalism and rigid arrangements imposed by international peace-building agreements have produced what Hromadzic calls an “empty nation.” The book offers a ground-level view of the re-unification process as it plays out among the Bosnia-Herzegovina youths at the Mostar Gymnasium.

Paul Stubbs from the Institute of Economics in Zagreb says of the book: “In this rich, reflexive, and carefully crafted ethnography of youth in a Bosnian high school existing in the space between between reunification and segregation, Azra Hromadzic captures the lived realities of her subjects’ everyday lives in the context of ethnicized nationalisms and international peace-building. The book is a passionate plea to look beyond the certainties of fixed categories and explore the possibilities of restoring, however fleetingly, a discourse and practice of hope for a better future.”