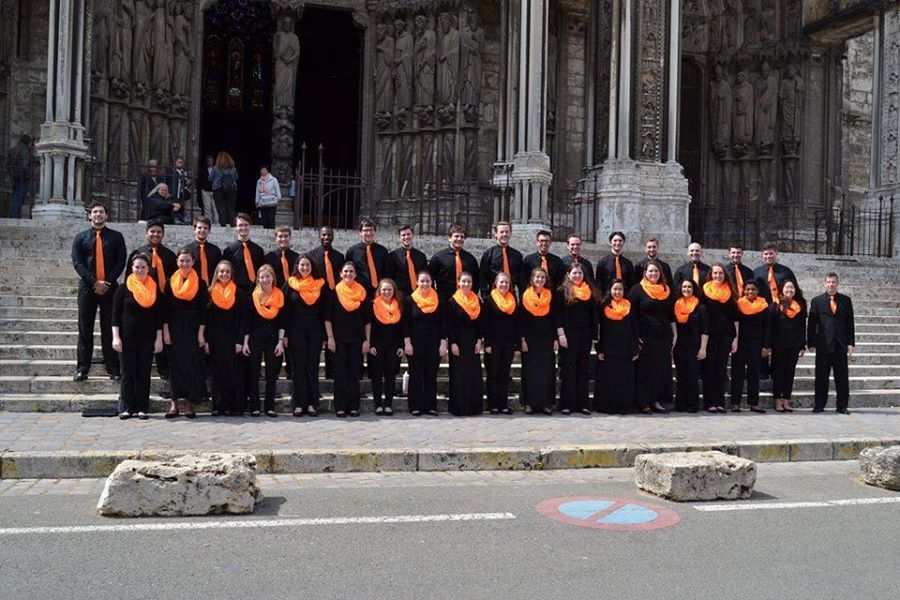 For three days in Tours, France, the Syracuse University Singers poured their voices and hearts into a range of songs, including a cappella choral works, pieces by such composers as Joseph Haydn and Maurice Durufle, and traditional African American spirituals.

“They gave everything they could possibly give—mind, voice, ear and heart,” says conductor John F. Warren, associate professor of music and director of choral activities in the College of Visual and Performing Arts’ Rose, Jules R. and Stanford S. Setnor School of Music. “Truly powerful performances.” 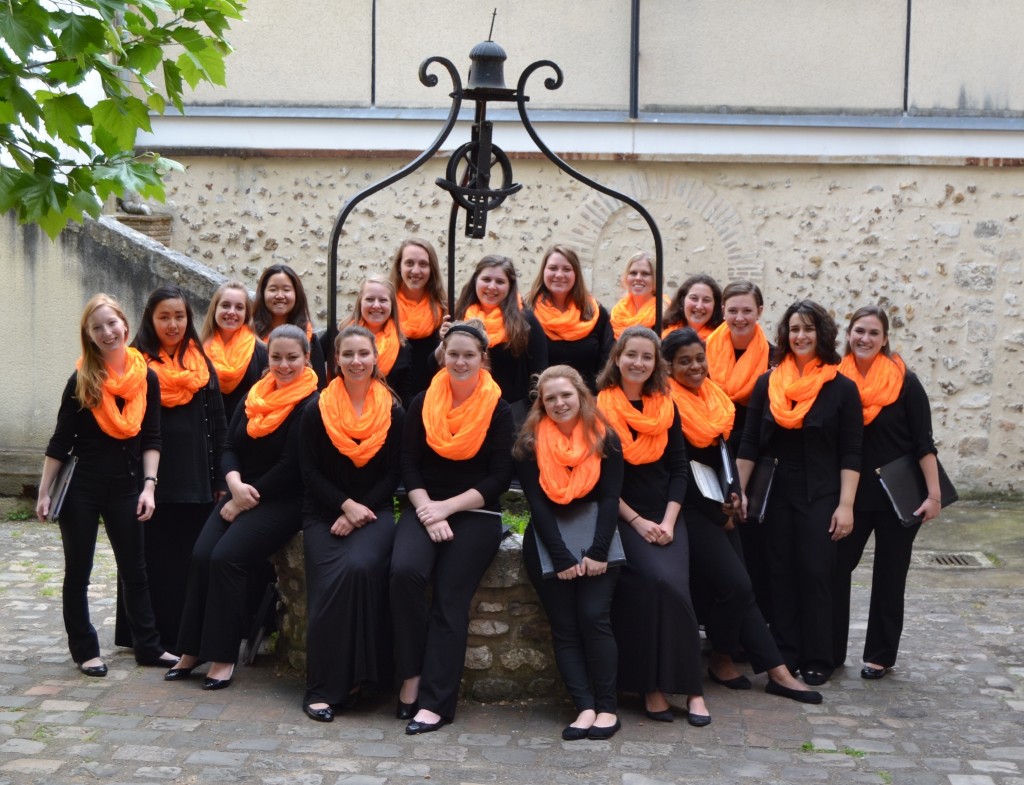 Members of the University Singers gather between events.

The 35-member University Singers, the University’s premiere touring ensemble, competed with choirs from Finland, Hungary, Macedonia and Sweden. They were awarded 4,400 Euros (about $5,000) in prize money.

The winners of each of six annual European festivals compete the following summer for the European Grand Prix. So, as part of their win, the Syracuse University Singers are invited and expected to compete for next year’s prize in Varna, Bulgaria. Warren hopes the monetary award from this year’s event will go toward covering some of the travel costs to Bulgaria next year.

This recent trip was made possible by a one-time anonymous donation, specifically designated to send University Singers overseas.

“We have never toured internationally before, due to the cost,” Warren says. “There are several international choral festivals in Europe every summer. I had always dreamed if the choir was able to go overseas we should try to go to a festival.” 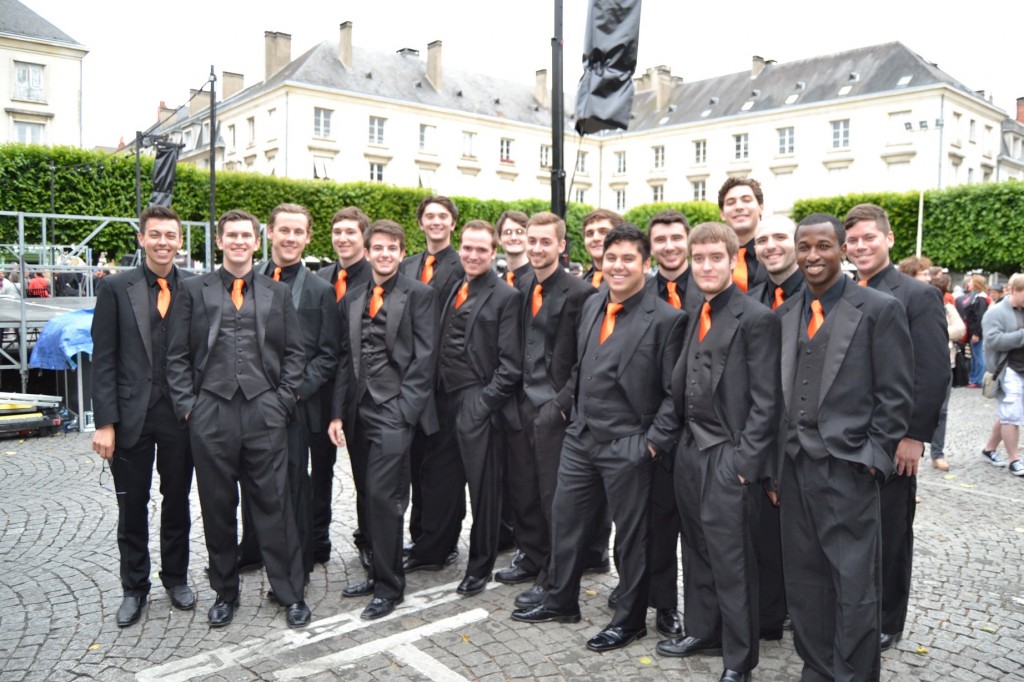 The University Singers performed over three days for the competition.

The choir sang different programs on each of the days. During the compulsory program, they performed a cappella with a variety of choral music, including Norwegian, French, British Renaissance, and American music.

On Sunday, which was the Grand Prix competition, only four choirs were chosen to go on and compete. For that performance, the singers performed Brazilin, French, German and American music. They closed each concert with a different African-American spiritual.

“My goal was for us to belong—to be able to compete with great European choirs,” Warren says. “We had our chaperones and a few others in the audience each day telling us we could win, but we tried to focus on making music and connecting with the audience.”

The win was an exciting moment for the Syracuse contingent.

“It was far beyond my expectations and dreams,” Warren says. 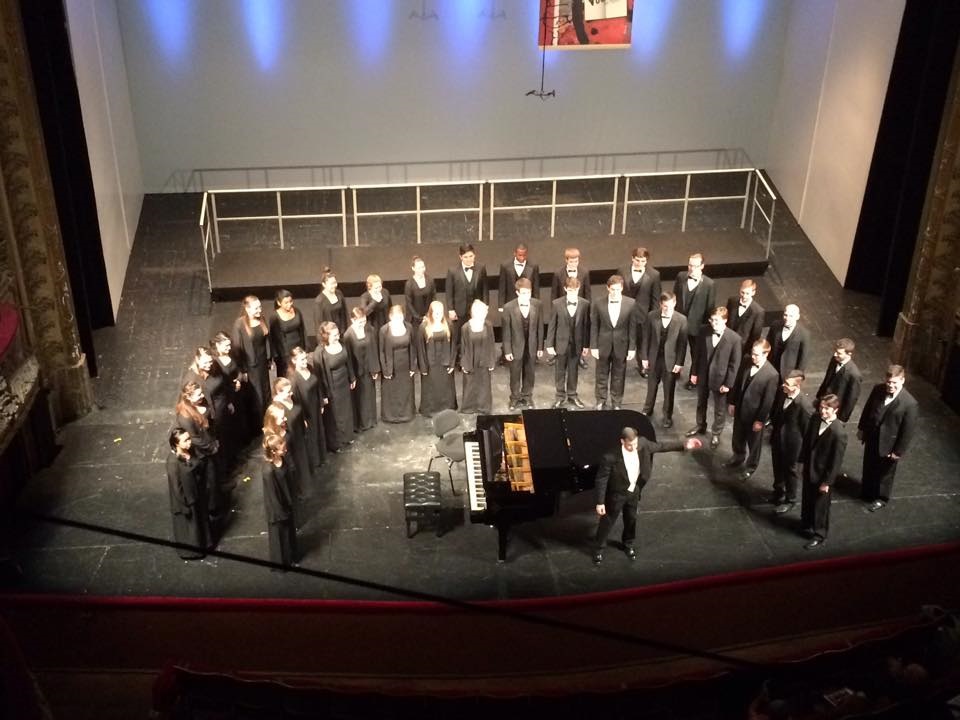 The University Singers after their final performance at Florilege

“The best times of celebration were when the choir was together alone in our dressing area when I returned from the awards ceremony with our prize, and following a reception for all the participants when we got on our bus to go back to our hotel,” Warren says. “This is when we could really celebrate without offending our colleagues from the other choirs. It was as close to an athletic championship celebration as you can get in music.”

Warren praises the work of the students and their achievements.

“Our students are not only remarkably talented, but they are committed, intelligent, hard-working, responsible people,” Warren says. “Choir is indeed like team sports—there is a lot of hard work collectively and individually, and individuals must sacrifice for the good of the whole at times. This choir has had a remarkable attitude and consistent effort since last August. What a wonderful achievement to earn for all their hard work.”

Warren also notes the students were positive representatives for the University.

“They have been fantastic ambassadors for the University throughout our tour. They are a tremendous group of people of whom I am immensely proud,” Warren says. 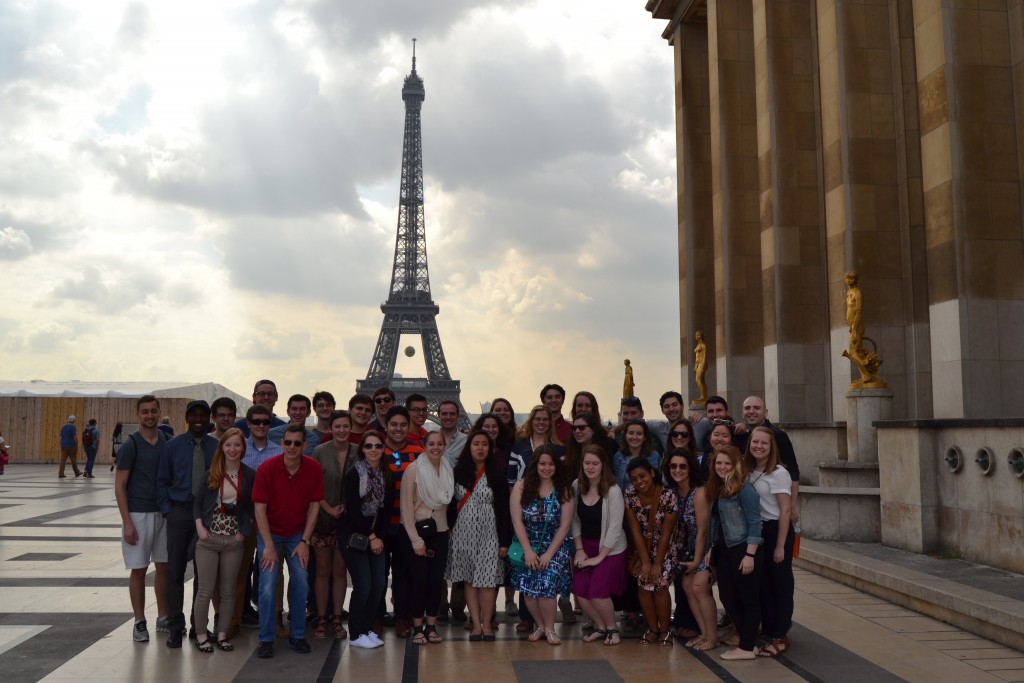 The Syracuse University Singers took in the sights of Paris.