Former Olympian (and Kardashian family in-law) Bruce Jenner recently, and very publicly, came out as transgender.  Her transition into Caitlyn Jenner, and debut on the cover of Vanity Fair, have been chronicled, and commented on, everywhere. LGBT Resource Center Director Chase Catalano gives his view on what this means for transgender people in general. 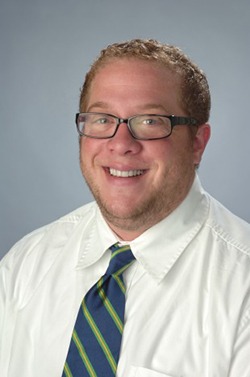 Q. There has been a huge amount of publicity surrounding the journey that Bruce Jenner has taken to become Caitlyn Jenner. Do you think this has made things easier or harder for transgender people in general?

A. I think there has been an increase of media attention about transgender identities since Laverne Cox appeared on the cover of Time (June 2014), or at least the visibility of trans* people. [“Trans* is a shorthand way of referring to people who may be transgender, transsexual, gender nonconforming or one of many other identities.] I can only hope that the media attention surrounding Caitlyn Jenner will go beyond how beautiful she looks (and good for her!) and think more complexly about the lives of trans* people. Trans women of color are disproportionately murdered, but that gets very little media attention. I hope that this increased visibility will bring people to consider that not everyone has access to or interest in transitioning.

Q. How is Jenner’s experience likely to have been different from the average, non-famous transgender person’s experience?

A. Jenner has certainly had to deal with some common themes that most, if not all, trans* people experience: fear of rejection, isolation, disrespect, doubt and other issues. However, she has the financial capability to access surgeries and services that are out of reach for most people. The public support and public ridicule are amplified for Jenner, and I would say the former is important because it means protection and investment in her life.

Q. Many people have expressed confusion over Jenner’s saying that she still intends to date women. Can you explain the difference between being transgender and being gay?

Q. Most people know they should be careful to use the transgender person’s preferred pronouns. Are there other points of etiquette they should keep in mind?

A. Well, the first thing I would say is to caution about the use of the word preferred because preference implies there is a flexibility we have to honor how people identify. These are my pronouns and it’s not up to the person I am speaking with to consider them as authentic or not; the person just needs to use them. As for etiquette, I think the problem is that there is no one right way to ask, and also a pronoun doesn’t necessarily tell you a person’s gender. So, the best advice I have is to introduce yourself by the pronouns you use and then respectfully ask a person their pronouns so you can refer to them in the way they feel most comfortable. The important thing to remember is that it’s OK to make a mistake, try not to dwell on the mistake, and avoid making the mistake in the future.

I also think that people are curious, which is not a bad thing, but it does lead them to ask inappropriate questions. A person’s interest in, plans to, or experience with surgeries, hormones or identity should not be considered topics that are reasonable to ask (unless the person tells you it’s OK to ask). I think most people understand that it’s inappropriate to ask invasive questions to a stranger or a friend, but the curiosity about trans* people’s bodies makes them forget that fact. If you are curious, search the Internet because there are lots of really informative websites about transgender identities that will help build understanding without demanding someone share their story.