Charnice Milton G’11, an alumna of the Newhouse School, died May 27, the victim of a random shooting. She was 27 years old. 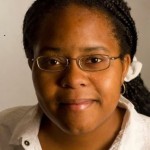 Milton, a reporter for Capital Community News in Washington, D.C., was shot and killed as she returned home from an assignment.

Milton earned a master’s degree in magazine, newspaper and online journalism at Newhouse. “Charnice was one of my first students at Newhouse,” says Aileen Gallagher, assistant professor of magazine. “She was a kind, soft-spoken woman who powered through an innate shyness to cover underserved communities in the District.”

While a student, Milton interned for Syracuse University Magazine. “Charnice was a wonderful person,” recalls editor Jay Cox. “Those of us who worked with her remember her as a positive, cheerful person who was always quick with a smile and showed great initiative in all of her assignments. She was hardworking, personable, conscientious and inquisitive. She also exhibited a nice personal flair in her writing and was dedicated to improving her journalism skills.”

A funeral will be held June 6 at Living Word Church in Washington, D.C.