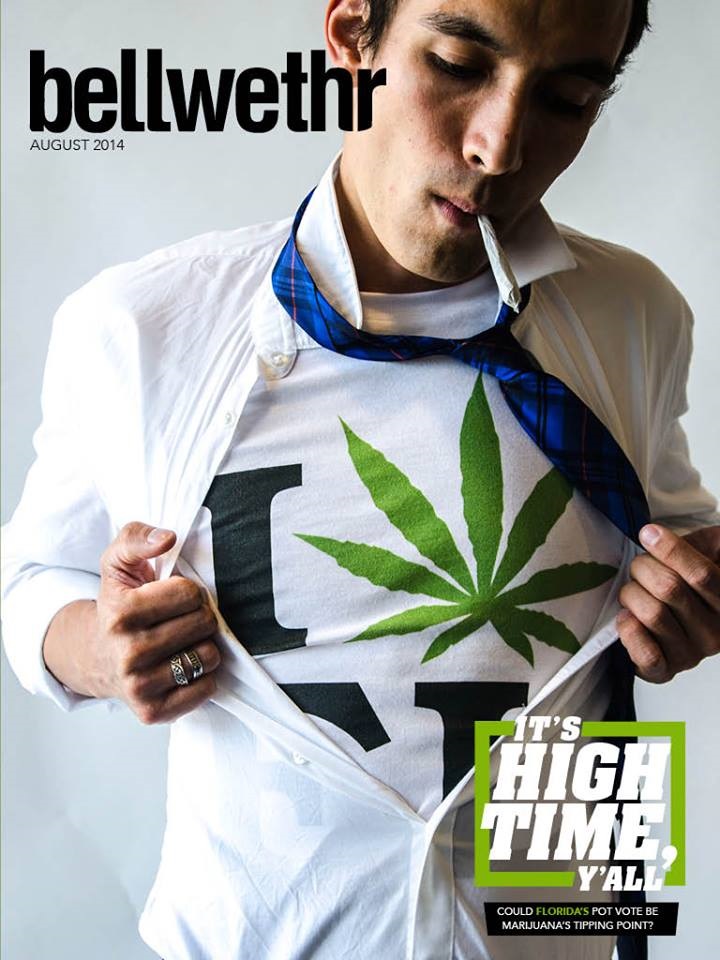 Bellwethr was created by students in the 2013-14 MNO class as their capstone project. The cover story concerns an upcoming vote on the legalization of medical marijuana in Florida.

Bellwethr, a tablet magazine developed by graduate students in the Newhouse School’s magazine, newspaper and online journalism (MNO) program, has been named the nation’s Best Digital-Only Student Publication by the Society of Professional Journalists (SPJ). The recognition came as part of SPJ’s Mark of Excellence Awards competition, which honors the best in college journalism.

First-place national winners will be recognized at the Excellence in Journalism conference in Orlando this September.

Bellwethr was created by students in the 2013-14 MNO class as their capstone project. The students originally developed the concept when they competed in the annual Newhouse Tablet Competition, a digital editorial contest modeled on Silicon Valley-style hackathons in which teams of students compete against each other to win funding for their magazine ideas. The Bellwethr team “wanted the magazine to act as a navigation for young people in their various aspects of life,” says Antoinette Siu, who served as editor-in-chief.

The students worked on Bellwethr for about three months before launching the app in late June 2014. Stories—42 in total—were posted at http://bellwethrmag.com.

“We met new challenges every day,” says Siu. “One of the biggest was probably managing so many stories [from] different writers and editors.”

“The greatest reward in all this has to be seeing the team pull together our last week, getting through that last round of fact-checking and editing stories, seeing all the art come together for every story, ” she says.