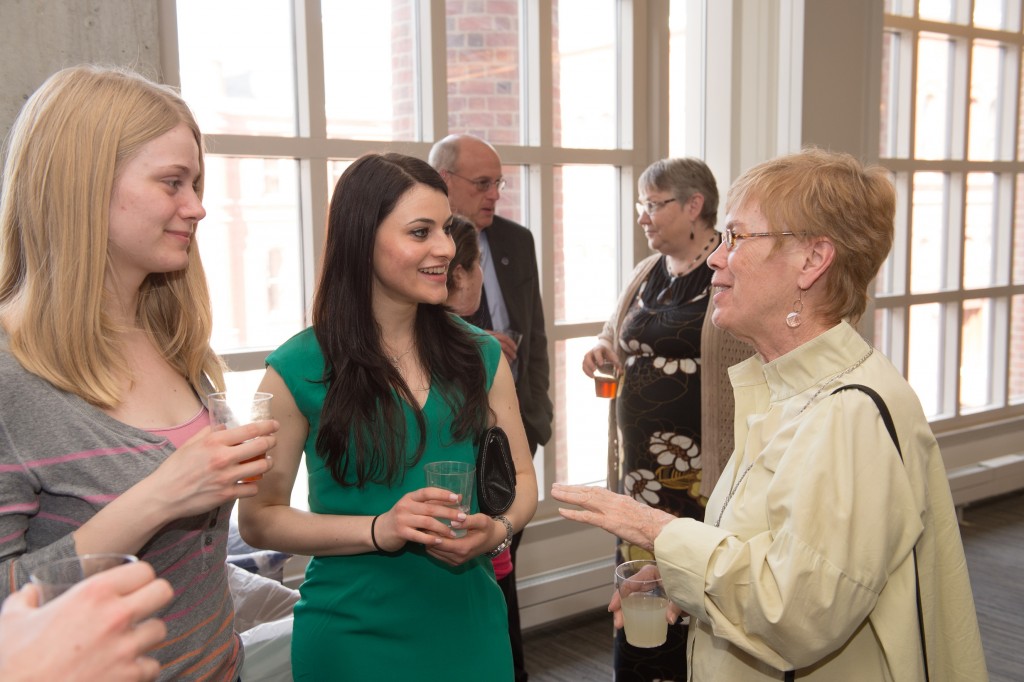 In the competitive world of national scholarships, Syracuse University students stand out among their peers vying for the most distinguished high honors.

The Center for Fellowship and Scholarship Advising (CFSA) held two recent events to recognize student scholars, both those who are completing their undergraduate degrees and those who are up and coming.

The CFSA works with students to help them determine which scholarships might fit their academic goals, figure out the application process and submit a compelling essay, through writing workshops and editing suggestions.

One event was held April 16 in the Strasser Room in Eggers Hall to honor those students who have applied for national scholarships and acknowledge those who were named finalists and winners.

This year, over 177 students and recent alumni have applied for nationally competitive awards offered by private foundations and government agencies ranging from the Boren Scholarship to the National Science Foundation to the Fulbright Program, in all fields and many different countries. 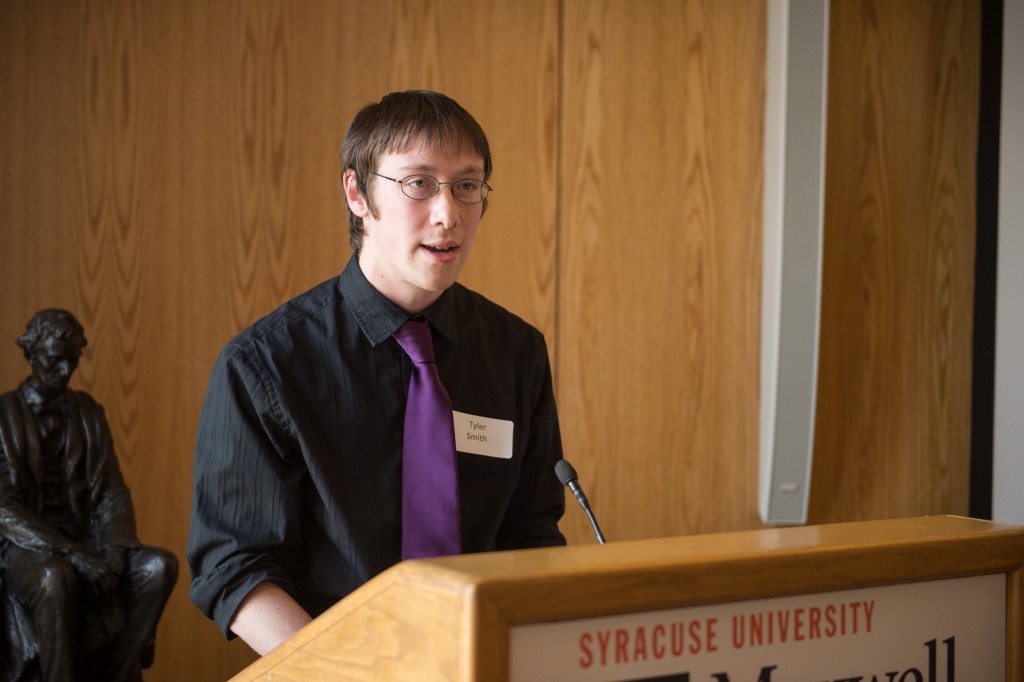 Highlights of this academic year’s scholarships and awards are the following:

At another event, on April 15, CFSA and Dr. Ruth Chen hosted a reception at the Chancellor’s house for first- and second-year students who were identified by faculty members as having exceptional academic potential. The event was an opportunity to congratulate the students on their work and encourage them in making the most of their opportunities while at Syracuse University.

Seven upper-class students who recently applied for or won nationally competitive awards were on hand to talk to their peers. The student panelists—Amber Barrow, Matt Fernandes, Alycia Maurer, Elizabeth McMahon, Kris Murray, Natalie Rebeyev and Heather Rounds—spoke about preparing as an applicant, types of extracurricular activities they pursued, developing mentors and their undergraduate research. 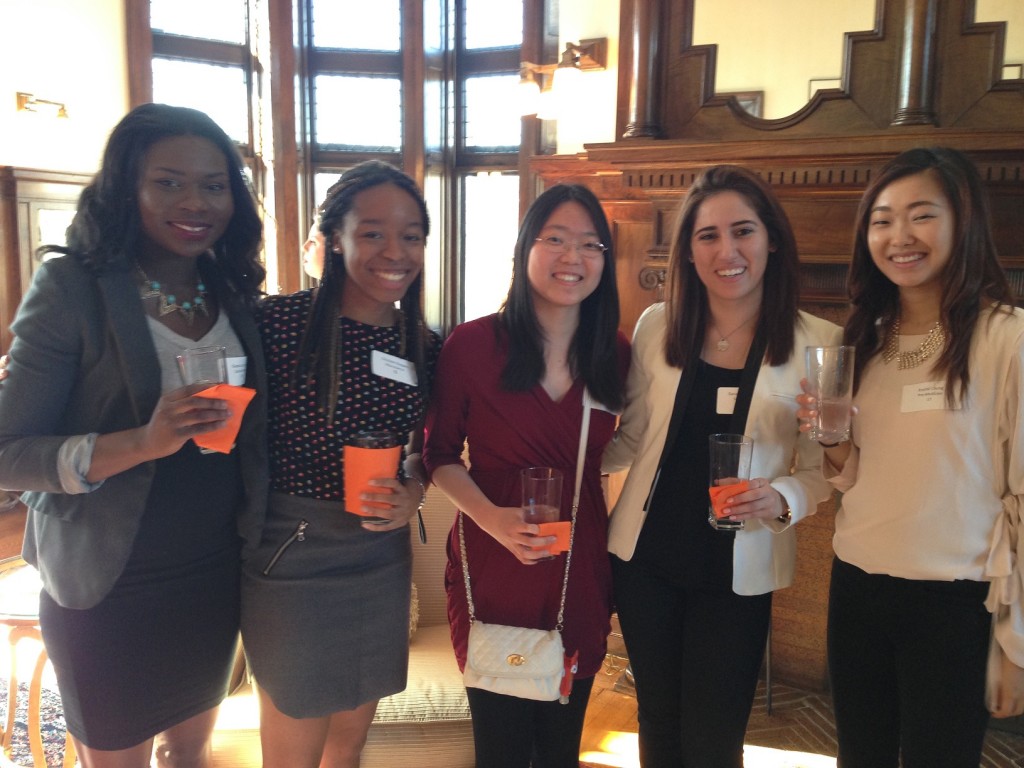 Students gather at the Chancellor’s house during an event in April to recognize outstanding first- and second-year students.