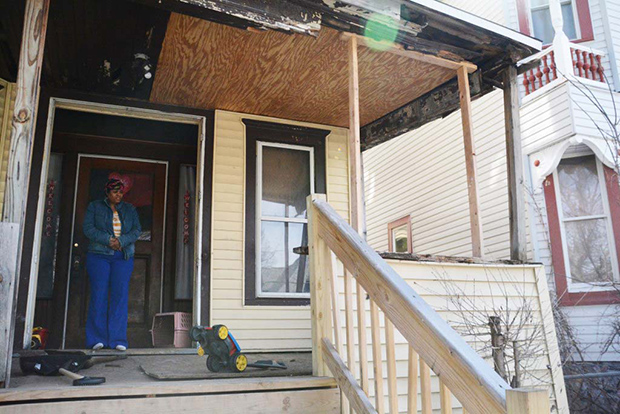 Rashida Mims, the subject of a story on My Housing Matters, stands on her porch on Kellogg Street. (Photo by Jessica Iannetta)

Graduate student Brooke Lewis, senior Michael Mahardy and their classmates were not brand new to reporting when they entered Steve Davis’ Urban Affairs Reporting class in the Newhouse School in January. They had done reporting and writing in many other classes. But they came away from this one having learned a whole new type of reporting.

The idea for My Housing Matters originated with a report on housing in Central New York, issued by local nonprofit CNY Fair Housing.

“I wanted to expose them to a lot of people they wouldn’t have met otherwise, to spend time talking to a type of person they hadn’t talked to before—in other words, not bureaucrats,” says Davis. What he wanted for his students was the chance to go in depth with actual members of the community.

The idea for the class project, My Housing Matters, grew out of a recent report by CNY Fair Housing, a local nonprofit, on the state of housing in Onondaga County. The picture it paints is not pretty. Syracuse, it says, is one of the most racially segregated cities in the nation. And this limits minorities’ access not only to decent housing, but to good jobs and schooling as well.

Davis decided that his class would put a human face on the housing situation in Syracuse. Students interviewed families—mostly African American—whose choices of places to live were limited, or who found their educational or employment choices were limited by where they lived. They interviewed advocates, such as the enforcement manager for CNY Fair Housing, a homeless advocate and the city’s new head of Parks and Recreation. They talked to landlords, lawyers and tenants. They talked to people who had the will to work, but no way to get there. 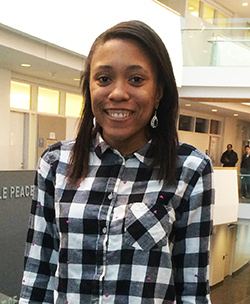 “I interviewed two single mothers who are dedicated to providing better lives for their children,” says Lewis. “I felt such a huge responsibility to communicate their stories accurately and intelligently because of how open they were during the interviewing process.”

Lewis says she is proud of the stories she did for this project because of the huge effort involved. “In past classes, we usually just spent one to two weeks on assignments, gathered our sources and then moved on. I spent two months researching and reporting on one story for this class, and I feel the most proud of that piece.”

Mahardy learned the value of spending extra time with interviewees in order to get a fuller picture of their lives. “This project taught me how to not only report, but also to really get to know someone through the course of a story,” he says. “So many of the people we wrote about had stories that go much deeper than we could have guessed, and spending an extended amount of time with them allowed us to do them justice.”

Davis is happy with the results of his students’ efforts. “I think the stories are well reported and fairly reported,” he says. “I think the site is good journalism.” In addition to written stories, the project includes a number of videos, as well as elaborate charts. Stories, photos, video and audio pieces, adding hyperlinks, writing headlines and captions, fact-checking and adding metadata so the entire project would be search-optimized were accomplished by the Advanced Editing class taught by Emilie Davis, Steve’s wife. 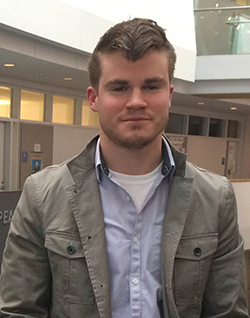 Emilie Davis’ class also executed a social media campaign to promote the project, because everyone who participated wanted their efforts to actually make a difference in housing policy, legislation or enforcement.

As Mahardy says, “A lot of our interview subjects are hardworking, talented, driven people who can’t surpass segregational systems that have been in place since the 1940s. They’re dealing with issues that should have been solved long ago, but haven’t.”