Steven W. Barnes to Serve as Next Chairman of the University’s Board of Trustees 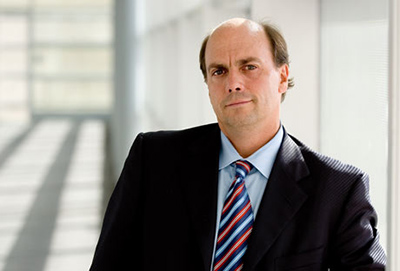 Barnes will assume the role of Chairman when the four-year term of current Chairman Richard L. Thompson G’67 concludes during the Board’s annual meeting during Commencement Weekend. Thompson will become Chairman-Emeritus and will be awarded an honorary degree at Commencement.

Barnes was named to the Board of Trustees in 2008, and has served on two of the board’s committees: the executive committee and the investment and endowment committee. In 2014, he received the Dritz Trustee of the Year Award, which recognizes a trustee who shows extraordinary effort on behalf of the University. In 2011, Barnes received the Jonathan J. Holtz Alumnus of the Year Award from the Whitman School of Management. His term as Chairman will run through May 2019.

“Steve is a wonderful advocate and supporter of Syracuse University,” says Thompson. “He has shown compelling leadership through his work on the Board of Trustees, and as Co-Chair of Institute for Veterans and Military Families, which has helped move that organization to its current national prominence. I know Steve has the capacity, drive and expertise to skillfully lead this University into a new era, working with the entire board and Chancellor Syverud.”

Barnes is a managing director with Bain Capital, a global investment firm with $80 billion of assets under management. He has been associated with the company since 1988, and has served as CEO/president for several of the firm’s portfolio companies. He currently leads the firm’s North American Private Equity group. Prior to joining Bain Capital, Barnes held senior management positions at PricewaterhouseCoopers.

Barnes earned a bachelor’s degree from the Whitman School. He serves as co-chairman of the Institute for Veterans and Military Families and is a long-term member of the Whitman Advisory Council.

In 2010, Barnes endowed, as part of a gift, the Barnes Family Entrepreneurship Bootcamp for Veterans with Disabilities at the Whitman School. His gift also created the Barnes Professor of Entrepreneurship at the Whitman School, which is held by Vice Chancellor Mike Haynie. Also at the school, Barnes is a founding investor in the Orange Value Fund, a $4.1 million student-run portfolio.

“Dick Thompson has been a great leader for Syracuse University,” says Chancellor Syverud. “He has expanded opportunities for students, advanced Syracuse so in many ways and steered the University through a time of transition and change. Ruth and I are also personally grateful for Dick and Jean’s support and guidance during our transition to Syracuse.”

“Steve Barnes will bring exceptional skills to the role of Chairman,” says Chancellor Syverud. “He is a strategic and entrepreneurial thinker. He has worked vigorously on behalf of the University and provided visionary support for our students, and our faculty. I know he will be a great leader in his new role.”

Thompson, who earned a master’s degree in political science from the Maxwell School, joined the board in 2001 and was elected vice-chairman in 2008, after serving as a member of the executive and budget committees and as the chairman of the administrative operations committee. In 2011, he was elected chairman of the Board of Trustees.

Among the University’s accomplishments and milestones during Thompson’s four-year tenure are the successful completion of the University’s $1.044 billion fund-raising campaign; the invitation to join the Atlantic Coast Conference (ACC); the creation of the Institute for Veterans and Military Families; the successful search for a new Chancellor in 2013 that resulted in the selection of Chancellor Kent Syverud; and the construction of new premier facilities, including the College of Law’s Dineen Hall, the Fisher Center in New York City, the Newhouse School’s Dick Clark Studios and Alan Gerry Center for Media Innovation, and the Ensley Athletic Center.

On July 1, 2013, Thompson, along with his wife Jean, gave a $1 million gift to the Athletic Department. The gift, coinciding with the historic date of the University’s formal entry into the ACC, has provided support for several athletic programs and the naming of the new indoor practice field at the Ensley Center after Jean’s father, First Lieutenant John F. Phelan, who died in action in Normandy, France, during World War II.

The Board of Trustees has also announced the appointment of Lisa A. Dolak, the Angela S. Cooney Professor of Law, as senior vice president and University Secretary. Dolak was appointed interim secretary to the board in January. As University Secretary, Dolak oversees trustee relations, supports the overall work of the Board and manages the Office of the Board of Trustees.