The radio industry has seen major shifts over the past several years, leading some to question its future. But Dan Mason, recently retired president of CBS Radio, says the industry remains strong. “The future of audio entertainment has never been brighter,” he says. 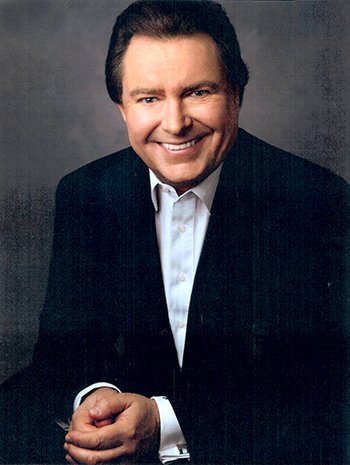 Mason has established the Dan Mason Family Audio Scholarship at the Newhouse School. The endowed scholarship will provide financial assistance to a Newhouse senior majoring in television, radio and film (TRF) with an audio concentration. The first recipient will be chosen for the 2015-2016 academic year.

“I hope this scholarship helps support those students who believe in creating great audio content to be heard by many,” says Mason. “They are the future artists of the audio industry who we will hear in years to come.”

At CBS Radio, Mason initiated an aggressive growth strategy, including the launch of new formats at dozens of stations across the country; the purchase of FM stations in New York, Miami, Washington, D.C., and Philadelphia; and the creation of CBS Sports Radio.

Mason was named 2012 National Radio Award winner by the National Association of Broadcasters Executive Committee for his outstanding leadership in the radio industry. He has also appeared frequently on Billboard’s Power 100 list and Radio Ink’s list of Most Powerful People in Radio. He was named Executive of the Year by Radio Ink.

The Dan Mason Family Audio Scholarship will help bolster the Newhouse School’s commitment to education in the audio arts. In addition to the curriculum of the TRF program, Newhouse offers a graduate degree in audio arts that prepares students for careers in audio recording, music business, radio horizons or music video. The school also hosts the Audio Industry Summit, featuring media leaders and experts, including Mason. The annual event explores relevant industry issues.

“We believe in the future of radio, and our students do, too,” says Newhouse Dean Lorraine Branham. “We are grateful to Dan for supporting and encouraging those students as they prepare to enter this evolving industry.”