A well-respected and renowned NBC sportscaster, a civic leader on a global scale, a New York Times best-selling writer, a pre-eminent scholar of teaching and teaching education, and a distinguished attorney and Chairman of the Syracuse University Board of Trustees will be awarded honorary degrees by Syracuse University for their impact in their fields and in the world.

NBC sports journalist and broadcaster Bob Costas ’74; founder and Executive Director of F.O.C.U.S. Greater Syracuse Charlotte Holstein; Mary Karr, an award-winning poet and memoirist and the Jesse Truesdell Peck Professor of Literature at Syracuse University; University of Massachusetts, Amherst, Professor Emerita Sonia Nieto; and attorney, civic leader, veteran and Chairman of the University’s Board of Trustees Richard L. Thompson G’67 will take the stage during the University’s 161st Commencement Sunday, May 10, in the Carrier Dome. 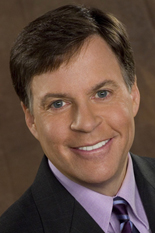 Bob Costas ’74 has won admiration and respect as a sports journalist and broadcaster for more than 40 years, covering the spectrum of sporting events across the United States—and across the globe as host of Olympic coverage for NBC since 1988. His dedication and professionalism have earned him 26 Emmy awards.

Costas, who has handled assignments that include play-by-play, studio hosting and reporting, is the host of the critically acclaimed and most-watched NFL studio show “Football Night in America” and contributes to a variety of NBC News programs, including “NBC Nightly News” and “Today.” He also hosted pre-game coverage for Super Bowl XLIX.

Costas, who is a host and play-by-play announcer on the MLB Network, served as primetime host during the 2014 Olympic Winter Games in Sochi, his 11th Olympics for NBC Sports and 10th as primetime host. He has been involved in the NBC coverage of League Championship Series and several World Series. He has been honored a record eight times as the National Sportscasters and Sportswriters Association’s Sportscaster of the Year and is a member of the NSSA’s Hall of Fame.

While his career has brought him many accolades, he is known as much more than a sportscaster. He is engaged deeply and on a personal level with many charitable organizations, including the Bob Costas Cancer Center (Cardinal Glennon Children’s Medical Center, St. Louis), Joe Torre Safe at Home Foundation, Wounded Warrior Project and Right to Play International.

Costas has been back to campus many times, making yearly visits to lecture, meet with students and work with student journalists at WAER, where he once worked. He has also mentored countless young men and women seeking to follow him into the broadcasting field. 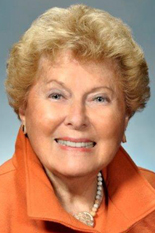 Charlotte “Chuckie” Holstein is a civic leader on a local, state, national and global level. A community-minded citizen, Holstein has worked to better the world through an expansive vision and collaboration with social, educational, government and faith-based organizations.

On the state and national level, Holstein has served on the New York State Board of Social Welfare, as a member of the New York State Division for Youth and on the Advisory Committee for the White House Conference on Families for President Jimmy Carter.

For the American Jewish Committee (AJC), Holstein is an honorary vice president and has held several leadership positions, including chair of the AJC National Committee on the Role of Women and participated in the AJC-sponsored “Women’s Interreligious Mission” to Egypt, Syria, Jordan and Israel.

Holstein has spoken on issues internationally, delivering a paper on elderly women at the 1985 UN NGO Conference for Women in Nairobi, Kenya, and led an AJC delegation to the 1995 UN World Conference in China. She also met with Pope John Paul II at the Vatican to discuss human rights.

Her work has been recognized with numerous awards, including the F.O.C.U.S. Wisdom Keeper Award, the Syracuse Post-Standard’s All Time Woman of Achievement Award and the National Leadership Award from the American Jewish Committee to name a few. 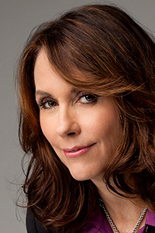 Mary Karr, who will deliver this year’s Commencement address, is the author of “Lit,” the sequel to her critically acclaimed and best-selling memoirs “The Liars’ Club” and “Cherry.” All three books were New York Times bestsellers.

A professor of English in the College of Arts and Sciences, Mary Karr is the Jesse Truesdell Peck Professor of Literature at Syracuse University and divides her time between Syracuse and New York City.

Karr’s “Lit” was an immediate best-seller, having hit the New York Times, Independent Booksellers, San Francisco and Boston Globe best-seller lists. “The Liars’ Club,” which spent over a year on the New York Times’ best-seller list, won prizes for best first nonfiction from PEN (The Martha Albrand Award for nonfiction) and the Texas Institute for Letters. “Lit” and “Liar’s Club” were both finalists for The National Book Critics Circle Awards.

Along with national acclaim for her work as a writer and poet, Karr is an esteemed colleague and admired teacher within the creative writing program and throughout the College of Arts and Sciences.

Her poetry grants include the Whiting Writer’s Award, an NEA, a Radcliffe Bunting Fellowship and a Guggenheim. She has won prizes from Best American Poetry as well as Pushcart Prizes for both poetry and essays. Her four volumes of poetry are “Sinners Welcome” (HarperCollins, 2006), “Viper Rum” (Penguin, 1998), “The Devil’s Tour” (New Directions, 1993) and “Abacus” (Wesleyan, 1986).

Her work appears in such magazines as the New Yorker, the Atlantic, Poetry and Parnassus. Karr was the weekly poetry editor for the Washington Post Book World’s “Poet’s Choice” column. 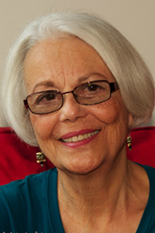 Sonia Nieto is professor emerita of language, literacy and culture at the University of Massachusetts, Amherst, but her teaching and ideas have made an impact nationally. Nieto, who was on the faculty of the university’s School of Education for 25 years, is an esteemed leader in the field of multicultural and bilingual education.

After earning degrees in elementary education and Spanish and Hispanic literature, her first position was as a junior high school teacher of English, Spanish and ESL in Brooklyn and then at P.S. 25 in the Bronx, the first fully bilingual school in the Northeast. She later was an instructor at Brooklyn College, where she taught in a bilingual education teacher preparation program, before completing doctoral studies at the University of Massachusetts with specializations in curriculum studies, bilingual education and multicultural education.

Nieto, who was a past lecturer for the Douglas P. Biklen Landscape of Urban Education Lectures Series at Syracuse University, has been a vital advocate for learning from practicing teachers about improving the educational outcomes for children of diverse backgrounds. With this central tenet, her scholarship has impacted the school experiences of generations of children. Nieto promotes teaching with a social justice perspective, the moral dimensions of teaching, advocating for students and challenging the status quo.

Her publications are central to the study of teaching across the globe. Those include “Affirming Diversity: The Sociopolitical Context of Multicultural Education,” “The Light in Their Eyes: Creating Multicultural Learning Communities, Language, Culture, and Teaching” and “What Keeps Teachers Going?” She has also written widely in such journals as the Harvard Education Review, Educational Leadership and many more, and has authored or co-authored many book chapters, book reviews and commissioned papers.

A recipient of many awards for her scholarship and advocacy and a fellow of the American Educational Research Association, Nieto continues to conduct research, speak and write on multicultural education and teacher preparation. Her most recent work was “Finding Joy in Teaching Students of Diverse Backgrounds: Culturally Responsive and Socially Just Practices in U.S. Classrooms,” a project that asked educators to consider what it means to be a teacher today in a more demanding and diverse classroom. 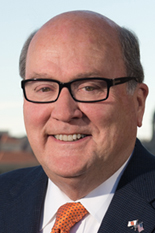 Richard L. Thompson G’67 has held a distinguished career in the law, served his country both in the military and for the U.S. House of Representatives and has dedicated years of service and energy to Syracuse University.

Thompson, who earned a master’s degree in political science from the Maxwell School, joined the board in 2001 and was elected vice chairman in 2008, after serving as a member of the executive and budget committees, and chairman of the administrative operations committee. In 2011, he was elected chairman of the Board of Trustees. He will complete his term in May.

Thompson is senior counsel in the health care and pharmaceutical sectors of the Washington, D.C., office of Akin Gump Strauss Hauer & Feld LLP.  Prior to that, Thompson was senior counsel at Patton Boggs LLP in the health care and pharmaceutical sectors, following his retirement from Bristol-Myers Squibb Co., where he was senior vice president of policy and government affairs. He was the vice president for government affairs of Squibb Corp. and was director of Washington Affairs for Abbott Laboratories.

Thompson was a commissioned officer in the U.S. Army Signal Corps from January 1968 to January 1970, including service in Vietnam, during which he received the Bronze Star, the Army Commendation Medal with Oak Leaf Cluster and the Vietnam Service Medal.

In 2000, Thompson and his wife, Jean Thompson ’66, provided significant financial support for the Remembrance Scholarship, given each year in memory of those Syracuse University students killed on Pan Am Flight 103 over Lockerbie, Scotland. In 2013, they also gave a $1 million gift to the Athletic Department. The gift, coinciding with the date of the University’s formal entry into the Atlantic Coast Conference, has provided support for women’s volleyball and lacrosse programs, men’s basketball and a new indoor practice field, named after Jean’s father, 1st Lt. John F. Phelan, who died in action in Normandy, France, during World War II.