The Department of Women’s & Gender Studies (WGS) in the College of Arts and Sciences is having another banner year. Several of its professors—Chandra Talpade Mohanty, Dana Olwan, Pedro DiPietro, Himika Bhattacharya and Minnie Bruce Pratt—have been recognized for their contributions to feminist scholarship.

“Each of these faculty members challenges interconnected systems of oppression in their work,” says Vivian May, associate professor and chair of WGS. “As scholar-educators, they draw on intersectional and transnational approaches to find ways to contest injustice and to seek a more just world.” 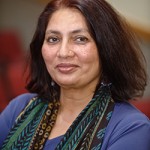 Mohanty is Distinguished Professor of WGS and Dean’s Professor of the Humanities. In March, she was invited to speak at Rice University, as part of its prestigious graduate colloquia series in the Center for the Study of Women, Gender and Sexuality.

Mohanty’s presentation, “Confronting Capitalist Legacies: Transnational Feminist Reflections on Neoliberalism and Radical Praxis,” drew on her expertise in the politics of neoliberalism in the academy and social movements.

“Neoliberal discursive landscapes in the academy and in state and transnational governance practices are characterized by the privatization of the social justice commitments of the post-1960s radical social movements and their attendant insurgent knowledges,” she says. “Privatizing commitments to race, class and gender justice means removing the social significance of racism, classism or heterosexism as institutionalized systems of power and inequality from the public domain, substituting individual prejudice and psychological dispositions, or expressions, of hate, instead.”

Mohanty considers such privatization as a leading example of a “discursive shift.” She continues: “[It exemplifies] a threshold of disappearance, whereby critical feminist epistemological claims regarding experience, like ‘the personal is political,’ are transformed into privatized notions of individual experience, and political agency is redefined as an act of consumption.”

At Rice, Mohanty also facilitated a graduate seminar on “Pedagogies of Dissent,” drawing on her experiences as a feminist educator at Syracuse. Much of her discussion looked at how theory—feminist or anti-racist or both–is trafficked as a commodity disconnected from its activist moorings and social justice commitments. The seminar also examined creative ways that educators can enact pedagogies of dissent. 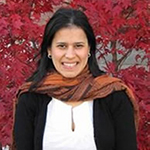 Olwan is the recipient of a 2015 Meredith Teaching Recognition Award. She was selected for her ability to create an environment where students formulate strong arguments; develop thoughtful positions; and articulate different perspectives with clarity, evidence and conviction.

“I seek to make feminism matter to my students by showing them how it can help illuminate their own realities and the realities of others,” says Olwan, a scholar of transnational feminist theories of race, gender and religion. “I explain to students that racism, classism, homophobia, ableism and imperialism are not just international problems; they occur in our own backyard.”

A 2014-15 Fellow of the Palestinian American Research Center, Olwan is a faculty affiliate of the University’s Native American, Middle Eastern and LGBT studies programs. She recently was the only junior faculty member in the country to lead a workshop at the National Women’s Studies Association Curriculum Institute. 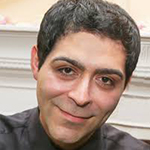 DiPietro recently returned from the University of California, Santa Cruz (UCSC), where he spoke at a global conference on Gloria Anzaldúa. His lecture, “Sideway Selves,” focused on what the late poet-philosopher referred to as her “Coatlicue State”—a period of time when one turns inward, in hopes of becoming more knowledgeable and self-aware. DiPietro’s presentation was part of a peer-reviewed panel titled “Un Travesía/A Crossing: Thinking Anzaldúa Across the Disciplines.”

“When Gloria Anzaldúa died in 2004, she left behind a body of work that has influenced critical race, feminist, queer and decolonizing ways of knowing,” says DiPietro, an assistant professor who studies critical theories of race and sexuality. “She was one of the leading voices of Latina and Chicana feminisms who embraced ambiguity, liminality and border thinking. She was able to link indigenous cosmologies, such as those of the Nahua [peoples] of Mesoamerica, to contemporary critical thought about sex, gender, sexuality, race and spirituality.”

The two-day conference was part of UCSC’s 50th anniversary and marked the culmination of a series of events devoted to Anzaldúa, who taught there for more than 20 years.

DiPietro also served as a guest speaker at Binghamton University, where he recently facilitated a mini-seminar titled “Decolonizing Masculinities/Femininities.” The event was part of the Marginalized Masculinities speaker series, hosted by the Center for Interdisciplinary Research in Philosophy, Interpretation and Culture. At Binghamton, he also spoke on “Sideways Love: Chicana and Latina Feminisms Theorizing Space.”

Next month, DiPietro will address the Roundtable on Latina Feminism, sponsored by the Don Shula Chair in Philosophy, at John Carroll University in Ohio. 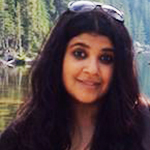 An assistant professor of WGS, Bhattacharya also serves as an affiliate faculty member of both the South Asia Center in the Maxwell School of Citizenship and Public Affairs and the Department of Communication and Rhetorical Studies in the College of Visual and Performing Arts. Her research and teaching interests span transnational feminist studies, qualitative research methods and South Asian studies.

In May, Bhattacharya will discuss feminist methods at the 11th annual International Congress of Qualitative Inquiry at the University of Illinois at Urbana-Champaign.

“I look forward to participating in the congress because it brings together people from different activist and scholarly communities to discuss issues of power, difference, and coloniality in research,” she says. “It provides a platform to dialogue with and to learn from others also committed to resistive research practices.”

Bhattacharya’s presentation comes on the heels of other national and international speaking engagements, including ones at the City University of New York and Jawaharlal Nehru University in New Delhi, India. These talks have been based on chapters from her forthcoming book, “Beyond Love and Violence: Women Contesting Caste, State and Tribe in India.” She is scheduled to discuss some of her recent research on genealogies of anti-violence organizing in India at the University of Colorado Boulder. 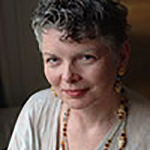 A professor in both WGS and the writing program, Pratt has been among some two dozen poets featured in an outdoor installation in West Hollywood, Calif., as part of National Poetry Month. Known as the Lamppost Banner Project, the installation is the brainchild of the city’s first poet laureate, Steven Reigns, and involves a series of poetry banners along Santa Monica Boulevard. Pratt’s banner includes the line, “If we jump up now, our far will be near,” from her collection “Inside the Money Machine” (Carolina Wren Press, 2011).

The recognition precedes Pratt’s retirement from Syracuse, whose faculty she joined in 2005. Since then, she has been a key architect of the LGBT Studies Program, which led the University to being named one of the nation’s top 50 LGBT-friendly institutions, according to Campus Pride.

Pratt is also known for her groundbreaking work in women’s studies—chiefly, feminist theory and the intersections of race, gender, class and sexuality, as well as creative nonfiction and poetry.

“My colleagues in the department and from across campus never cease to amaze me,” says May, adding that WGS Faculty Affiliate Eileen Schell, also an associate professor in the writing program, was recently named a Laura J. and L. Douglas Meredith Professor of Teaching Excellence. “By looking at questions of power, culture and identity from feminist perspectives, they are redefining how we think about class, race, gender, religion, sexuality and ability. I can’t think of scholarship that is more timely and relevant.”