Lois Agnew and Horace Campbell, professors in the College of Arts and Sciences, are being recognized for their exceptional work with graduate students. 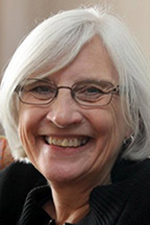 Associate professor and chair of the Writing Program, Agnew is the recipient of the 2015 William Wasserstrom Prize for the Teaching of Graduate Students. The Wasserstrom Prize is named for the great English professor who died in 1985. Since then, the prize has been awarded every year to an A&S professor who embodies Wasserstrom’s aesthetic as a graduate seminar leader, research and dissertation director, and advisor and role model.

“Lois is an extraordinary asset to the College of Arts and Sciences and to the University, as a whole,” says Karin Ruhlandt, dean of Arts and Sciences and Distinguished Professor of Chemistry. “Not only does Professor Agnew inspire her students to work hard, but she also empowers them to achieve more than they thought possible on their own. Her keen understanding of issues pertaining to religion, science, technology and the press has redefined our understanding of rhetorical history and theory.”

During her decade-long tenure at the University, Agnew has received multiple honors and awards, including the Excellence in Graduate Education Faculty Recognition Award and the Meredith Teaching Recognition Award. She is the author of numerous articles, essays and chapters, and of the books “Thomas De Quincey: British Rhetoric’s Romantic Turn” (Southern Illinois University Press, 2012) and “Outward, Visible Propriety: Stoic Philosophy and Eighteenth-Century British Rhetorics” (Columbia:  University of South Carolina Press, 2008). She earned a Ph.D. in English from Texas Christian University. 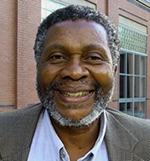 Like Agnew, Campbell is a favorite among graduate students. Winner of the 2015 Prize for Excellence in Master’s Level Teaching, he is dually appointed to Arts and Sciences, where he serves as professor and director of graduate studies in African American studies, and to the Maxwell School of Citizenship and Public Affairs, holding professorships in political science and international relations. Campbell also directs the University’s Africa Initiative.

Ruhlandt says that Campbell represents “all that’s good” in a professor, scholar and administrator. “Professor Campbell is a friend and mentor to many,” she adds. “He’s genuinely concerned that his students end up with great jobs and great lives. As a result, his gives them his undivided attention, even after they graduate. He embodies the highest ideals of teaching excellence, research and service.”

Prior to the University, Campbell held faculty positions at the University of Dar es Salaam in Tanzania, Northwestern University, the University of Sussex (U.K.), and The University of the West Indies at St. Augustine (Trinidad and Tobago). He has also been a visiting professor at the Tsinghua University in Beijing Chinese University. He is the author of multiple books, including “Global NATO and the Catastrophic Failure in Libya” (Monthly Review Press, 2013) and “Barack Obama and 21st Century Politics: A Revolutionary Moment in the USA” (Pluto Press, 2010). He earned a Ph.D. from Sussex.

Agnew will be recognized at the Doctoral Hooding Ceremony on Friday, May 8, at 5 p.m. in Goldstein Auditorium; Campbell will be honored at the College of Arts and Sciences Master’s Convocation on Saturday, May 9, at 2 p.m. in Setnor Auditorium.