Terry Jones ’16, a film major in the College of Visual and Performing Arts and a member of the Renée Crown University Honors Program, is one of 50 students selected out of 464 nominees nationwide this year as a Udall Scholar. 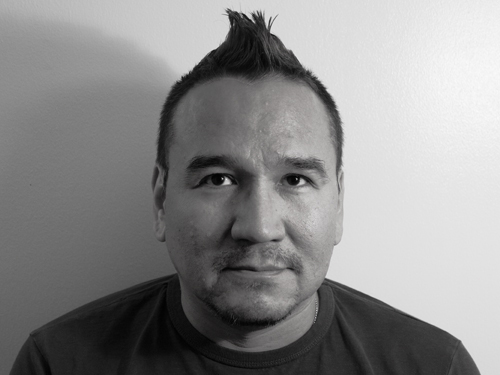 The Udall Scholarship is awarded to college sophomores and juniors for leadership, public service and commitment to issues related to American Indian nations or to the environment.  It honors the legacies of Morris Udall and Stewart Udall, whose careers had a significant impact on American Indian self-governance, health care and the stewardship of public lands and natural resources.

Jones is a member of the Seneca Nation of Indians and has a long-standing commitment to sharing his Haudenosaunee culture through film, presentations and food tastings. His projects have tackled subject matter such as residential Indian boarding schools (“Savage/Future”), intergenerational historical trauma (“Gripped”), colonization (“Empire State”) and loss of cultural knowledge (“Ancient Knowledge to the Future”).

After his undergraduate studies are completed, Jones plans to pursue an M.F.A. and produce feature-length narrative and documentary films about critical issues affecting Native Americans that will promote and facilitate dialogue to influence changes in public policy on his home territories and at the federal level.  At Syracuse, he served as president of the Native American student organization and is a member of the Phi Kappa Phi and Phi Beta Delta honor societies. Jones has also worked with the Slutzker Center for International Services and the Office of Multicultural Affairs to produce short films. He won a Gilman Scholarship to study in Bologna during the summer of 2014 and is currently studying abroad in Prague at the Film and Television School of the Academy of Performing Arts.

Universities may nominate up to six students for the Udall each year; the Udall selection process at Syracuse University is supervised by Udall faculty representative Richard Loder, professor of sociology in the Maxwell School, and the Center for Fellowship & Scholarship Advising.