A magazine cover shot by Gregory Heisler, distinguished professor of photography in the Newhouse School, was recognized with a prestigious Henry R. Luce Award from Time Inc. 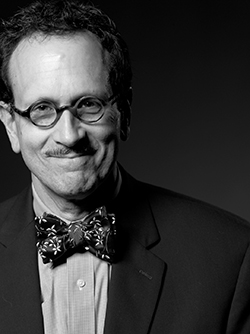 Heisler’s photograph appeared on the cover of the “Boston Strong” issue of Sports Illustrated, which was named Cover of the Year.

“It was an amazing shoot,” says Heisler. “By far the largest group of people I’ve ever had to photograph! It shows, I think, their incredible spirit and resiliency.”

“A year later, Boston has shown the strength to carry on,” said Sports Illustrated director of photography Brad Smith. “I’m proud that Sports Illustrated was able to contribute, in a small way, to that process with this cover. You can see, in the faces of the people of Boston, how far they’ve come, together as a city.”

Heisler is perhaps best known for his more than 70 cover portraits for Time magazine. His iconic portraits and innovative visual essays have graced the covers and pages of many other magazines, including Life, Esquire, Fortune, GQ, Geo, Sports Illustrated, ESPN and the New York Times Magazine.

He is the recipient of the Alfred Eisenstaedt Award and the Leica Medal of Excellence, and has been profiled in American Photo, Communication Arts, Esquire, LIFE and numerous other industry publications.

He is the author of “Gregory Heisler: 50 Portraits.”