How University Union Makes It Happen 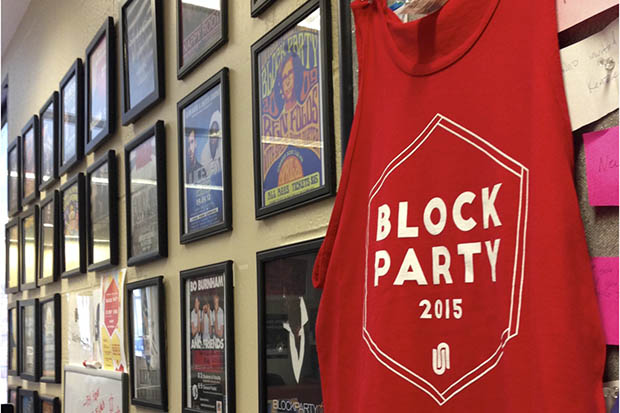 On Friday, thousands of Syracuse University and SUNY ESF students will enjoy both Mayfest and Block Party. Mayfest is a free concert for all students, taking place in Walnut Park during the afternoon; Block Party is a ticketed event in the Carrier Dome later that night.

This year’s Mayfest is headlined by The Knocks, an electronic music duo based out of New York City. The Knocks climbed to fame as formidable producers for beats and remixes of songs from popular artists like Kesha and Flo-Rida, as well as their own original music. The Mayfest lineup also includes Skizzy + Mars, AYO Alex and Vérité.

Block Party features even more prominent artists. Kygo and 50 Cent with G-Unit are co-headlining, with performances from opener Rae Sremmurd of “No Flex Zone” fame. Kygo is a DJ known for both his popular remixes and his hit singles “Firestone” and “Stole the Show,” the latter of which has reached Top 5 on the charts in six countries, as well as hit No. 1 in three.

However, the most impressive part of these dual events is not the lineup, but the process it takes to assemble it. Both events, as well as many other concerts and screenings throughout the school year, are planned and hosted by University Union, a student-run organization here on campus. 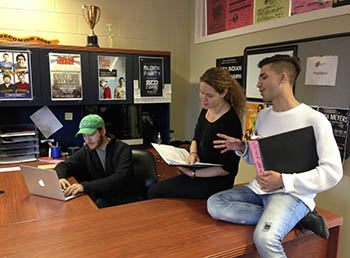 “To make sure we have everything covered, we start planning six to eight months in advance,” says University Union Concert Director Evan Wilson. “Nothing is left to chance.”

Wilson is a senior in the Bandier program, a highly competitive music industry program within the College of Visual and Performing Arts. He’s been involved with University Union since the first day of his freshman year, and has held an assortment of positions, including marketing advisor, Mayfest talent buyer and assistant director.

About the booking process Wilson explains, “The first issue we have to tackle is availability. If an artist is out of the country, how do we route them here? Who’s in the area? What are the benefits of geographic convenience versus artist popularity? We have to do what makes the most economic sense, both in terms of booking and ticket sales.”

He elaborates that every concert University Union hosts has three basic steps: research, book and market. The research portion examines blogs, billboards, student surveys and other musical reviews to develop potential acts. Next, University Union starts negotiating, reaching out to agents and determining feasibility. Once they can come to an agreement, an offer is issued. As contracts come into play, the goal is to fully execute as quickly as possible, booking the artist well in advance of concert day.

“We want these artists as soon as possible. They’re getting offers from all over the place,” states Wilson, emphasizing the importance of efficiency in the crucial booking stage. He goes on, “We also work closely with the university; catering services provides free food and drinks to students all throughout the day during Mayfest, and the Carrier Dome staff is vital to Block Party.”

Once the artist is locked in, it becomes the responsibility of the public relations and marketing teams to develop both a physical and digital plan to promote the concert. They build a specific and strategic timeline, mapping out the time leading up to the concert week by week and day by day.

“My staff is responsible for press releases, official comments and other promotional tools,” says Alli Reich, the public relations co-director. “In order to do that, we need to reach out to the artists’ managers. We also collaborate closely with the marketing team to ensure the best promotion for the show.” 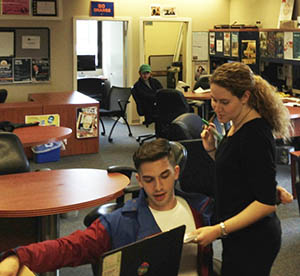 Reich is a junior in the College of Visual and Performing Arts, with a major in theater management. Reich is also enrolled in the S.I. Newhouse School of Public Communications with a minor in public communications. In addition to the promotion leading up to the event, she is also responsible for all day-of-show photography and artist interviews.

As Reich manages her team, Wilson’s team is communicating with the artists to make sure the venue is ready. He explains that every artist has what’s called a “rider,” or a list of all technical and hospitality requirements. “We need to go through that list and see what we can and cannot accommodate, and work with the artist to find something that works for everybody.”

To add one final layer, all of this is happening simultaneously for both Mayfest and Block Party. While Wilson and Reich lead the charge for the entire, combined event, there are actually two teams of University Union members working on the two different shows. The two teams share research and work together to make sure that the event is flawless for the students attending.

Mayfest and the now-sold-out Block Party are this coming Friday. Mayfest begins at 1 p.m. in Walnut Park, and the Carrier Dome doors open at 6:30 p.m. for Block Party.

Story by Austin Galovski, work-study in the Office News Services