On Friday, April 24, The Cornell-Syracuse South Asia Consortium (SAC) will feature presentations by Johns Hopkins University (JHU) professors Walter Andersen and Touqir Hussain from 3-5:30 p.m. in the Strasser Legacy Room (220) of Eggers Hall. The program will be followed by a brief reception and then a screening of Kevin Dalvi’s “Promise Land” at 6:30 p.m. in Maxwell Auditorium.

SAC is affiliated with the South Asia Center in the Moynihan Institute of Global Affairs, which is administered by the Maxwell School. 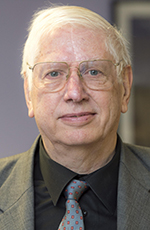 Andersen is director of the South Asia Studies (SAIS) program at JHU. His presentation, “India: Are Modi’s Goals Sustainable and Credible?,” draws on his extensive knowledge of Hindu nationalism and India’s assertive foreign policy in the Indian Ocean.

Prior to JHU, Andersen served as chief of the U.S. State Department’s South Asia Division in the Office of Analysis for the Near East and South Asia. He also taught at the University of Chicago, where he earned a Ph.D., and at the College of Wooster in Ohio.

A faculty member of the Maxwell in Washington program, Hussain is an adjunct professor and senior visiting fellow at SAIS. He is a former senior diplomat from Pakistan whose expertise includes South Asian security, political Islam, terrorism and U.S. relations with the Islamic world. His presentation is titled “Pakistan’s Dilemma: Finding a Balance Between Geopolitics and Internal Stability.” 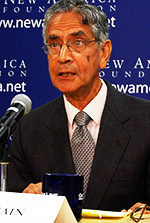 Hussain has also served as ambassador to Brazil, Spain and Japan; a diplomatic advisor to the Pakistani prime minister; and a senior fellow at the United States Institute of Peace.

“Promise Land” marks Dalvi’s directorial debut. Described by critics as an intense, engaging drama, the 2013 film follows three South Asian immigrant families in the United States. One family, a same-sex couple, is grappling with pregnancy and a meddling mother. Another is a Muslim family enduring the struggles of U.S. immigration policy after 9/11, when many Muslims are made to feel unwelcome. Members of the third family work in an IT sweatshop, where mounting employee conflicts perpetuate a fear of job loss. 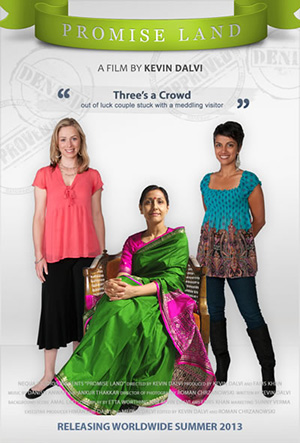 “Immigration is the central theme of the movie,” says Susan S. Wadley, the University’s Ford Maxwell Professor of South Asian Studies, professor of anthropology and director of the South Asia Center. “It’s a gripping tale of love, conflict and hope that, in a way, puts a face on some of the scholarly discussions from earlier in the day.”

Wadley adds that “Promise Land” was among the highlights of last year’s summer film series of the Harvard University South Asia Center.