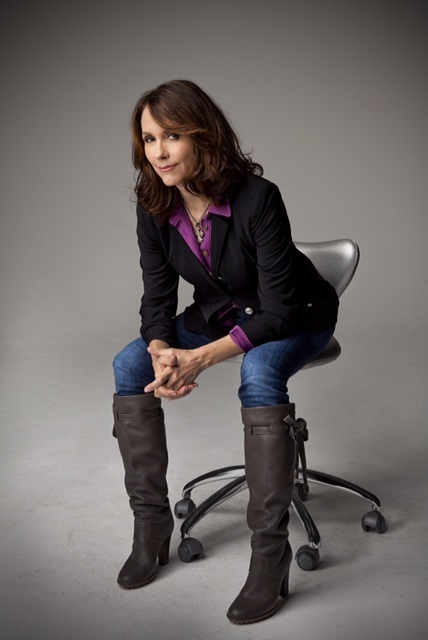 Award-winning poet and best-selling memoirist Mary Karr will deliver the 2015 Commencement address at the joint ceremony for Syracuse University and the SUNY College of Environmental Science and Forestry on Sunday, May 10, in the Carrier Dome. Karr will also be awarded an honorary degree, a Doctor of Humane Letters, at the 161st Commencement exercises.

A professor of English in the College of Arts and Sciences, Karr is the Jesse Truesdell Peck Professor of Literature at Syracuse University and divides her time between Syracuse and New York City. Karr, who was a poetry columnist for The Washington Post, is the author of “Lit,” the sequel to her critically acclaimed and best-selling memoirs “The Liars’ Club” and “Cherry.” All three books were New York Times bestsellers.

“We are very fortunate to have Mary Karr, one of our own, as Syracuse University’s Commencement speaker this year,” says Chancellor Kent Syverud. “It is rare for someone to attain prominence in so many genres: in poetry, literary criticism, memoirs, essays, screen writing and song writing. It is fitting that our students will experience someone with such a creative range just as they are embarking on the next phase of their lives.”

Karr’s “Lit” was an immediate best-seller, having hit the New York Times, Independent Booksellers, San Francisco and Boston Globe best-seller lists. “The Liars’ Club,” which spent over a year on The New York Times’ best-seller list, won prizes for best first nonfiction from PEN (The Martha Albrand Award for nonfiction) and the Texas Institute for Letters. “Lit” and “Liar’s Club” were both finalists for The National Book Critics Circle Awards.

“It’s truly humbling to be asked to speak for our students and their families on such a festive occasion,” Karr says. “This will be a wonderful highlight to my nearly 25 years at SU and I hope to impart something fresh and meaningful to the Class of 2015. The good thing about poets as speakers: we’re concise!”

Along with national acclaim for her work as a writer and poet, Karr is an esteemed colleague and admired teacher within the Creative Writing Program and throughout the College of Arts and Sciences.

“Mary Karr is renowned for her originality and pizzazz. She’s an exceptional writer and teacher—using the same gifts of language, wit and unsentimental directness in the classroom that she brings to poetry and memoir,” says Cathryn Newton, dean emerita, professor of earth sciences and of interdisciplinary sciences in the College of Arts and Sciences, and a Provost Faculty Fellow. “Faculty colleagues linger outside in the hallways just to listen as she captivates and cajoles her creative writing students.”

Graduate student Grady Chambers, who is pursuing an M.F.A. in the creative writing program, appreciates having worked with Karr, noting the attention and insights she gives to students and the impact she’s had.

“I’ve been lucky enough to work with Mary both as a student in her forms classes and as a member of her third-year poetry workshop,” says Chambers, who will attend Stanford University this fall on the prestigious Stegner Fellowship in poetry. “Mary has always held me accountable for what I put down on the page—questioning my choices at times, putting forth alternate possibilities for a poem’s direction or choice of language. Her willingness and ability to engage in that micro-level dialogue shows, I think, the time and attention that she puts into student work. My conversations with her have not only helped me gain a better understanding of my strengths and weaknesses as a writer, but have consistently pushed me to write, revise and then revise again, and I’ve—I hope—become a stronger writer for it.”

Her poetry grants include The Whiting Writer’s Award, an NEA, a Radcliffe Bunting Fellowship and a Guggenheim. She has won prizes from Best American Poetry as well as Pushcart Prizes for both poetry and essays. Her four volumes of poetry are “Sinners Welcome” (HarperCollins, 2006), “Viper Rum” (Penguin, 1998), “The Devil’s Tour” (New Directions, 1993) and “Abacus” (Wesleyan, 1986).

Her work appears in such magazines as The New Yorker, The Atlantic, Poetry and Parnassus. Karr was the weekly poetry editor for the Washington Post Book World’s “Poet’s Choice” column.

An announcement on the complete list of 2015 honorary degree candidates will be made next week. For full information on Commencement 2015, visit http://commencement.syr.edu.