The Raymond Carver Reading Series in the College of Arts and Sciences concludes with a visit by Ishion Hutchinson. 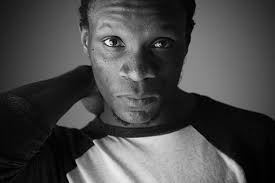 On Wednesday, April 22, the award-winning poet will participate in an audience Q&A session at 3:45 p.m., followed by a reading of his own work at 5:30 p.m., in Gifford Auditorium. Events are free and open to the public.

The Carver Series is presented by the M.F.A. Program in Creative Writing, in conjunction with the English department’s “Living Writers” course, ETS 107. For more information, call 315-443-2174.

Hutchinson is the Meringoff Sesquicentennial Assistant Professor of English at Cornell University and editor of Tongue: A Journal of Writing & Art.

He is perhaps best known for his collection “Far District: Poems” (Peepal Tree Press, 2010), winner of the PEN/Joyce Osterweil Award for Poetry. The book—and his poetry, in general—has been praised for its “genuine insight” and “gorgeously textured language … [that] stretches over far-reaching narratives of landscape and culture.”

The idea of territory is central to the Jamaican-born poet. “The word ‘district’ is always a rural location for a Jamaican and can carry pejorative overtones,” he has been quoted as saying. “So a ‘far district’ is even deeper in the country, deeper away from the polis, where thoughts are shaped and officiated.”

Hutchinson is also the recipient of the Whiting Award and Larry Levis Reading Prize. His work has appeared in publications all over the world, including The Huffington Post, The Los Angeles Review, Granata, Ploughshares and Poetry International.

The Carver Series is named for the great short-story writer and poet who taught at Syracuse in the 1980s.