The Martin J. Whitman School of Management will host the 12th annual Whitman Day on Friday, April 24, at the Whitman School, located at 721 University Ave. 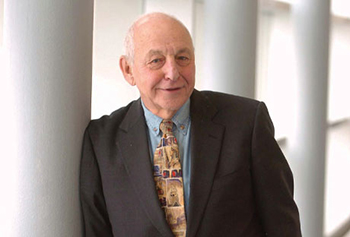 This year’s events include a breakfast panel discussion on “Finding Value in Today’s Markets,” moderated by J. Daniel Pluff, senior vice president and financial advisor for Morgan Stanley Wealth Management, and featuring Whitman, Fernando Diz, Whitman professor of finance, director of the Ballentine Investment Institute and managing director of the Orange Value Fund, LLC; and Michael Psaros, co-founder and management partner of KPS Capital Partners, LP. The discussion begins at 8:30 a.m. in the Milton Room on the fourth floor of the Whitman building.

A keynote address takes place in Whitman’s Lender Auditorium at 11 a.m. “A Conversation with a Wall Street Executive” features Mary Callahan Erdoes, chief executive officer of J.P. Morgan’s Asset Management division. Forbes and Fortune magazines consistently rank Erdoes as one of the World’s Most Powerful Women. In her role as CEO, she oversees the division’s more than $2.5 trillion in client assets.

Whitman Day was inaugurated in 2003 as an annual celebration of Martin J. Whitman, founder and chairman of Third Avenue Management and the namesake of the Whitman School. Each year, Whitman Day features a range of events—lectures by distinguished speakers, alumni recognition and student activities—to honor the contributions of Martin J. Whitman to the world of business and management education. 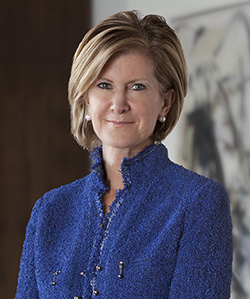 After earning a bachelor’s degree from SU in 1949, Whitman began his career as an analyst at Shearson Hammill before working for the Rosenwald family, of Sears Roebuck fortune, where he developed a penchant for superior returns and an aversion to investment risk. He earned a master’s degree in economics from The New School for Social Research (now New School University) in New York City.

Whitman ventured out on his own in 1974, and founded M.J. Whitman LLC, a full-service broker-dealer. Ten years later, he participated in a takeover of Equity Strategies, an open-end investment company, and became its CEO and president. In 1990, Whitman started Third Avenue Value Fund. Today, Third Avenue Management manages more than $21 billion in assets for private and institutional clients. Whitman also shares his special brand of investing with the greater financial community in the industry classics “The Aggressive Conservative Investor,” which he co-authored with Martin Shubik, and “Value Investing—A Balanced Approach.” He has taught as an adjunct professor at the Yale University School of Management and at the school that today proudly bears his name.