Albrecht Diem, associate professor of history in the Maxwell School, has been awarded two major academic honors. He will join the School of Historical Studies of the Institute for Advanced Study (IAS) in Princeton as a member for the academic year 2015-2016; he has also been named a 2015 American Council of Learned Societies (ACLS) Fellow. 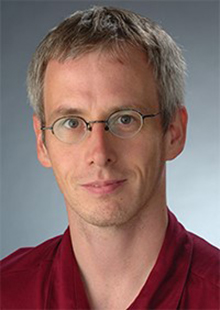 Diem’s ACLS fellowship and his membership in the Institute for Advanced Study will enable him to spend the next academic year on full-time research and writing. His project, “Norm and Community: Early Medieval Monastic Rules and the Development of Regular Observance,” investigates the role of normative texts in organizing and ordering closed communities from the perspective of Western monasticism between the fifth and ninth centuries.

The Institute for Advanced Studies is an independent private institution founded to create a community of scholars focused on intellectual inquiry, free from teaching and other university obligations. Each year, scholars from around the world apply to come to the Institute to pursue their own research. The School of Historical Studies at the IAS supports scholarship in all fields of historical research, but is concerned principally with the history of Western, Near Eastern and Asian civilizations, with particular emphasis upon Greek and Roman civilization, the history of Europe (medieval, early modern and modern), the Islamic world, East Asian studies, art history, the history of science and philosophy, and modern international relations.

This year’s cohort of ACLS Fellows represents over 50 different colleges and universities, and only 70 Fellows were selected from more than 1,000 applicants. The program is the most competitive in ACLS’s portfolio, providing significant stipends to individual scholars working in the humanities and related social sciences.

Click here to learn more about Diem’s project and the ACLS Fellowship Program. For information about the Institute for Advanced Study, click here.