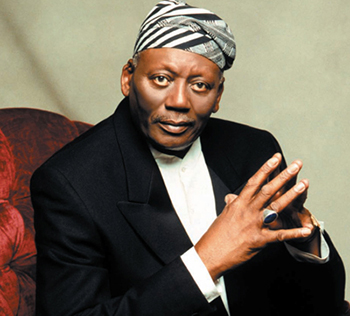 Legendary jazz pianist Randy Weston will headline the inaugural John L. Johnson Lecture in the College of Arts and Sciences.

Titled “African Rhythms,” the daylong program will take place on Thursday, April 16. Events and activities will be presented by the Department of African American Studies (AAS) and will include the following:

• a tour of the Martin Luther King Jr. Memorial Library (231 Sims Hall) at 9:30 a.m., followed by a dedication of the John L. Johnson Papers;
• a solo recital by Weston at 12:30 p.m. in Setnor Auditorium; and
• a conversation between Weston and James Gordon Williams, assistant professor of AAS, at 5 p.m. in Maxwell Auditorium.

“African Rhythms” is free and open to the public. For more information, contact Doreen Blenman at 315-443-9344 or aas@syr.edu.

Weston is an internationally renowned pianist, composer and bandleader. Jamaican by birth, he owes much of his career to Africa, where he has studied its musical traditions, produced its first major jazz festival and opened Morocco’s first popular jazz club. Weston has been inducted into the ASCAP Jazz Wall of Fame, has been designated a Jazz Master by the National Endowment for the Art, and was thrice named “Jazz Composer of the Year” by DownBeat magazine.

“Like Dr. Johnson, Randy Weston is a true visionary and innovator,” says Williams, a prolific jazz pianist, composer and musicologist. “Since bursting onto the world stage in the 1950s, Weston has carved out a unique place for himself in American and African music.” 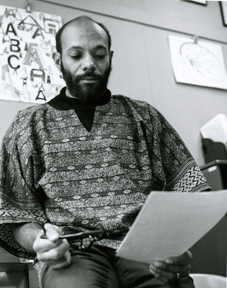 A Syracuse faculty member from 1966-1971, Johnson chaired the committee to organize an Afro-American Studies program, became its first director and was appointed assistant provost for minority affairs. He also was instrumental in retaining scholarships for the “Syracuse 8,” a group of African Americans unfairly dismissed from the University’s football team in 1970. Johnson left Syracuse in 1971 to become associate superintendent of schools in Washington, D.C.

The John L. Johnson Lecture Series is organized and presented by AAS. Contributions to the lecture fund may be directed to Karen Weiss Jones, assistant dean for advancement in Arts and Sciences, at 312 Hall of Languages, Syracuse, NY 13244 or by contacting her at 315-443-2028 or kmweissj@syr.edu.