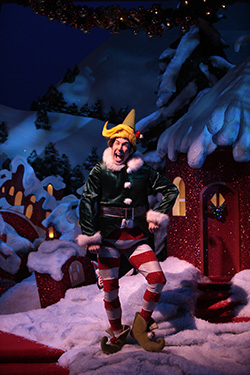 The 2015/16 Season at Syracuse Stage is bookended with comedies. Opening the season in October is Steve Martin’s farcical romp “The Underpants.” The season will close in May 2016 with a brand new madcap comedy spoof of Sherlock Holmes’ most famous case in Ken Ludwig’s “Baskerville: a Sherlock Holmes Mystery.”

For the holidays, there will be song and satire with two shows running simultaneously. Performances of the high-flying musical adaptation of “Peter Pan” will start on Thanksgiving weekend in the Archbold Theatre. Simultaneously in the more intimate Storch Theatre, Crumpet the elf returns to jest and entertain in “The Santaland Diaries” by humorist David Sedaris.

New contemporary works in the 2015/16 Season include the funny and irreverent “Stupid F***ing Bird,” featuring cast members from the critically acclaimed sold-out production in Washington, D.C. Later in the season, a live choir will take the stage in “The Christians,” an engaging new play for people of all faiths. Having caught the attention of major producers, “The Christians” is slated to run next year in New York and Los Angeles, but Central New Yorkers can see it first in Syracuse.

Finally, “To Kill a Mockingbird” will grace Syracuse Stage with Harper Lee’s cherished story of courage and justice. Throughout the expanded five-week run, weekday matinee performances will be made available to schools wishing to offer their students the experience of seeing an American classic come to life.

“The 2015/16 Season is filled with whimsy, adventure, and imagination,” says Timothy Bond, producing artistic director. “We’re very proud at Syracuse Stage to be entering our 43rd season of producing professional theater. We have the people of Central New York to thank, and with that in mind we always strive for serving our community with stories that are relatable and exciting, that speak to the great variety and interests of our region. I can’t wait for people to see these shows.” 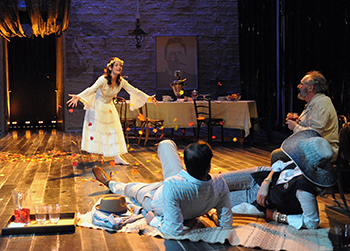 Season tickets are now available for the 2015/16 Season. Season ticket holders have access to the best seats at the best prices, before they are available to the general public, and they receive a number of additional benefits, including unlimited ticket exchanges and restaurant discounts. For more information and to purchase season tickets, call the Syracuse Stage Box Office at 315-443-3275 or visit http://www.syracusestage.org.

For group and school reservations, call the Group Services Office at 315-443-9844. Weekday student matinee performances will be available for “Peter Pan,” “To Kill a Mockingbird” and “Baskerville: A Sherlock Holmes Mystery.”

Tickets for individual shows will be available this fall. Updates will be shared on http://www.syracusestage.org, Stage e-blasts, Facebook and Twitter.