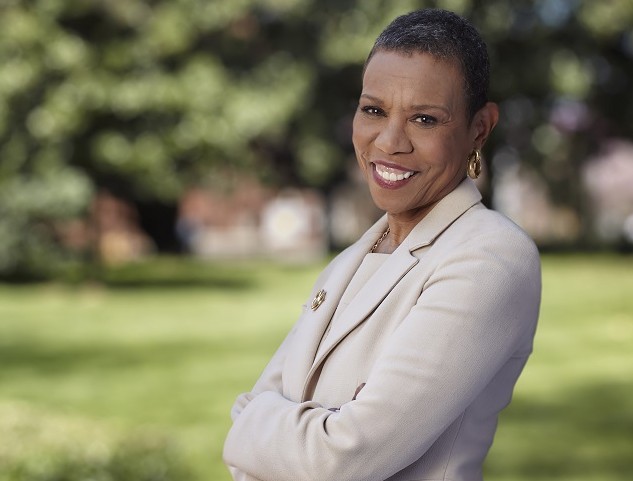 Syracuse University alumna Mary Schmidt Campbell was selected as the 10th president of Spelman College in Atlanta, according to an announcement by the college’s board of trustees March 28.

Campbell G’73, G’80, G’82, who is dean emerita of the Tisch School of the Arts and university professor in the Department of Art and Public Policy at New York University, will begin her new role Aug. 1. She will replace Spelman’s current president, Beverly Daniel Tatum, at the helm of the historically black college for women.

“Dr. Mary Schmidt Campbell is enterprising and exhibits tremendous clarity in responding to challenges with sustainable solutions. She identifies and advances opportunities for growth and success. She is a true interdisciplinary scholar with exemplary skills to guide us,” Spelman Board of Trustees Chair Rosalind Brewer said in the release. “She is the right leader at the right time because her dynamic and innovative leadership has been demonstrated at every step along the way in her career.”

Campbell studied art history and the humanities and earned M.A., M.F.A. and Ph.D. degrees at the College of Arts and Sciences. She also co-founded the Community Folk Art Center in Syracuse. She earned a B.A. degree in English literature from Swarthmore College. At Syracuse, she has been honored with the Arents Pioneer Medal, a Chancellor’s Citation and the College of Arts and Sciences’ Distinguished Alumni Award.

Along with her roles at the Tisch School and NYU, Campbell also previously served as New York City’s cultural affairs commissioner, and in 2009, she was appointed by President Barack Obama to serve as the vice chair of the President’s Committee on the Arts and the Humanities. An art historian, she is currently completing a biography of the black artist Romare Bearden.

“I am honored to join a community with such a distinguished record for developing bold thinking black women who have vaulted into leadership roles all over the country,” Campbell said in the release. “For over a decade, Dr. Beverly Tatum has provided stellar leadership to the Spelman community—trustees, faculty, staff, students and alumnae—and it is a privilege to inherit the presidency from such a visionary leader.”

She is a fellow of the American Academy of Arts and Sciences and is on the board of the Alfred P. Sloan Foundation. She lectures widely around the country and around the world and has authored many papers and articles on a range of subjects, including African-American art, urban cultural policy issues, leadership and arts in education.

Campbell is married to George Campbell Jr., G’77, H’03, president emeritus of The Cooper Union for the Advancement of Science and Art.