Scholars and practitioners from around the globe will descend on Central New York for a two-day symposium on faith-based labor organizing. 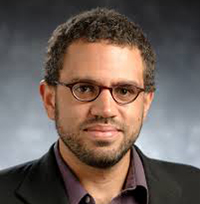 The symposium is free and open to the public, but registration is required. For more information, contact co-organizers Vincent Lloyd at vwlloyd@syr.edu and Fred Glennon at glennon@lemoyne.edu.

“We will explore the potential for moral resources within religious traditions for labor activism and labor justice,” says Lloyd, assistant professor of religion at Syracuse. “Our goal is to foster a dialogue about the religious and ethical scholarship of labor justice, in hopes of promoting greater intellectual depth for faith-based labor organizing.”

Adds Glennon, professor of religious studies at Le Moyne: “After decades of decline and declining visibility, labor organizing has recaptured the attention of the American public. Much of this activity is happening at the grassroots level with ‘faith-based’ organizations and religion-labor coalitions. We see this trend as an opportunity to connect religion and labor with scholarship and activism.”

“Religion and Labor” features theorists, ethicists, theologians and historians from the United States, Canada, Brazil and Belgium. They are as follows: 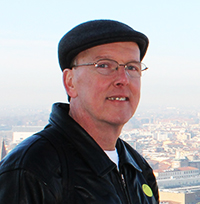 Labor organizing has become a hot-button issue lately, as evidenced by Wisconsin’s decision to end forced unionization, the growing demand for a higher U.S. minimum wage, and rising concern over the exploitation and abuse of undocumented workers and foreign migrants.

It is against this backdrop that nonprofits such as Interfaith Worker Justice are rediscovering their “religious mission” and are partnering with churches, synagogues and mosques to address issues of labor exploitation, injustice and resistance. As a result, religion-labor coalitions are starting to spring up at the local, state and national levels.

“On one hand, religion-labor coalitions are good because they bring together religious leaders and union members for sustained conversation and coordination,” Lloyd says. “On the other hand, some coalitions come under fire for failing to engage with the moral resources of their religious traditions.”

He and Glennon believe this symposium marks the first time in recent memory that religious scholars, particularly theorists and ethicists, are addressing labor organizing at the grassroots level.

“Sometimes, these kinds of programs can be myopic,” Glennon adds. “We want to avoid that by bringing a global, interdisciplinary perspective to the issues. No doubt that these discussions will grow to encompass many religious traditions and cultures. We’re just getting started.”

Syracuse’s sponsors are the Labor Studies Working Group in the Program for the Advancement of Research on Conflict and Collaboration in the Maxwell School of Citizenship and Public Affairs, as well as the Department of Religion in the College of Arts and Sciences. Le Moyne’s sponsors are the McDevitt Center for Creativity and Innovation, the Religious Studies Program and the Lectures Committee.