The Raymond Carver Reading Series in the College of Arts and Sciences continues with a visit by acclaimed poet Ron Padgett. On Wednesday, April 1, he will participate in a Q&A session from 3:45-4:30 p.m. and then will give a reading at 5:30 p.m. Both events take place in Gifford Auditorium and are free and open to the public. 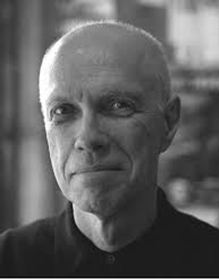 The Carver Series is presented by the M.F.A. program in creative writing, in conjunction with the English department’s “Living Writers” (ETS 107) course. For more information, call 315-443-2174.

The University’s Richard Elman Visiting Writer, Padgett is the author of “Collected Poems” (Coffee House Press, 2013), which won The Los Angeles Times Book Prize and the Poetry Society of America (PSA)’s William Carlos Williams Prize. He was a finalist for the Pulitzer Prize in Poetry for his previous collection, “How Long” (Coffee House Press, 2011).

Padgett’s other honors include the 2015 Robert Creeley Award (which he received recently), the PSA’s Shelley Memorial Award, a Guggenheim Fellowship and grant awards from the National Endowment for the Arts. He is chancellor emeritus of the Academy of American Poets whose work has been translated into 18 languages.

“Ron Padgett loves life so much, he finds the stuff of poetry everywhere,” says Thomas Lux, the Margaret T. and Henry C. Bourne Jr. Chair of Poetry at the Georgia Institute of Technology. “His most serious poems are playful, and his most playful poems are serious. He’s mischievous!”

Adds Charles Simic, co-editor of The Paris Review: “Reading Padgett, one realizes that playfulness and lightness of touch are not at odds with seriousness. … As is often the case, leave it to the comic writer to best convey our tragic predicament.”

Padgett’s publishing career began as a teenager, when he collaborated with poet Ted Berrigan to create the avant-garde journal The White Dove Review. The publication ran for only five issues but featured works by luminaries such as Jack Kerouac and Allen Ginsberg.

During the mid-1960s, Padgett fell in with the heady Downtown New York literary crowd. He eventually became associated with the second generation of New York School poets, whose works were largely informed by Abstract Expressionism. Padgett became known for not only his humor and collaborative spirit, but also his ironic, urban sensibility. Not one for labels, he has since downplayed his New York School involvement, calling it “stuff only critics and professors, rather than poets, care about.”

Padgett is the author of more than 20 collections of poetry and is an accomplished prose writer, translator and teacher.

“They are human-friendly,” he adds. “Their search for truths, both small and large, can be cause for laughter or at least a thoughtful sigh.”

The Carver Series is named for the great short-story writer and poet who taught at Syracuse in the 1980s. The final reader of this semester’s series is poet and essayist Ishion Hutchinson (April 22).