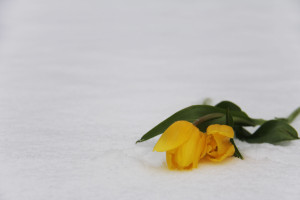 All events are free and open to the public at the Point of Contact Gallery, located in the ground floor of the Nancy Cantor Warehouse, 350 W Fayette St.

The eighth volume of Point of Contact’s annual poetry collection, “Corresponding Voices” features a textual reunion of five poetic voices ranging from the acclaimed Latin American registers of Eduardo Lalo (Puerto Rico), Jaime García Maffla and Gloria Posada (both from Colombia), to the Central New York-based Jessica Cuello, to the up and coming talent of Jessica Ann Poli. All “Corresponding Voices” poets will be featured throughout the poetry reading series, along special guest poets from the Central New York region, including Syracuse University’s M.F.A. creative writing program.

During the Cruel April series, the Point of Contact Gallery will host the exhibition “Darkness/Detritus/Illuminations,” a gallery-wide installation of drawings, photography and video by Lalo, one of this year’s featured poets and contemporary visual artist.

April 2: Poetry Reading in English and Spanish by Eduardo Lalo

Born in Cuba (1960) and raised in San Juan, Puerto Rico, Lalo is an internationally renowned author, visual artist and educator. He completed his studies at Columbia University (New York) and Université de la Sorbonne Nouvelle (Paris), and is currently a professor in the humanities at the University of Puerto Rico. His work integrates visual arts (drawing and photography), essays and fiction. Lalo became an internationally acclaimed literary figure in 2013 upon receiving the most prestigious award in the Hispanic-American literary world, the Rómulo Gallegos Award, for his novel “Simone.” A regular columnist and literary critic in the San Juan-based periodical 80 Grados, he is also a video artist. In the new volume of “Corresponding Voices,” Lalo’s poems are featured in their original version in his native Spanish, along with the English translations.

A new offering in the Cruel April series, this event will showcase students from Syracuse University’s M.F.A. Creative Writing Program.

A poet and essayist from Cali, Colombia, García Maffla’s work contains strong influences from the Hispanic tradition and existentialism. Head of humanities at the Universidad de Los Andes and director of the Department of Literature at the Pontificia Universidad Javeriana, he co-founded the poetry magazine Hit Dice, which appeared in 1972. A collaborator in the “Diccionario de Construcción y Régimen de la Lengua Castellana” of the Instituto Caro y Cuervo, he is also listed in the group of poets known as Generación sin Nombre (Unnamed Generation). In 1997 he received the National Prize for Poetry from University of Antioquía. Maffla is actively involved in the Art is Colombia Foundation and publishes the blog vocesdelvigia.blogspot.com.

Cuello is the author of the chapbooks “My Father’s Bargain” (Finishing Line Press, 2015), “By Fire” (Hyacinth Girl Press, 2013), and “Curie” (Kattywompus Press, 2011). She was the winner of the 2013 New Letters Poetry Prize and the recipient of the Decker Award for outstanding secondary teaching from Hollins University. Her first full-length manuscript, “Pricking,” is forthcoming from Tiger Bark Press in 2016.

Posada has devoted herself to an enquiry into nature and the world, which manifests itself sometimes in words and sometimes in images or shapes. In her quest, poetry and plastic arts have a parallel development, which occasionally involves installations, sound art or interventions of public space. Posada is the recipient of the National Young Poetry Award of the Colombian Institute of Culture for her book “Oficio divino” (Divine Office) and an Individual Creation Scholarship of the Colombian Ministry of Culture for her “Lugares” (Places) project. She was granted the Colombia-Mexico artistic residence and the FONCA/CONALCULTA award of Mexico.

Poli is the author of three chapbooks: “Alexia” (Sixth Finch, forthcoming), “Glassland” (JMWW, 2014) and “The Egg Mistress” (Gold Line Press, 2013). She is currently finishing an M.F.A. at Syracuse University, where she is editor-in-chief of Salt Hill Journal. She is also the founder and editor of Birdfeast, an online literary journal, and a founding editor of Midnight City Books, a small press based in Syracuse.

This program is made possible thanks to the support of the College of Arts and Sciences and the Coalition of Museum and Art Centers, in addition to SU’s Department of Languages, Literatures and Linguistics, Centro de Estudios Hispánicos and the New York State Council on the Arts (NYSCA). The Upstate NY Verve event that concludes the program is a collaboration between Point of Contact and the Syracuse Downtown Writer’s Center of the YMCA Arts Branch.