University Signs on to ‘Justice and Dignity’ Resolution

Syracuse University is a signatory of, and participant in, a resolution supporting social justice and human dignity authored by the National Association of Schools and Colleges of the United Methodist Church (NASCUMC).

Chancellor Kent Syverud has appointed Tiffany Steinwert, dean of Hendricks Chapel, as the University’s institutional representative to NASCUMC, responsible for sharing information on SU’s participation in the “Heralding Our Commitment to Justice and Dignity” resolution. NASCUMC announced the resolution earlier this week. 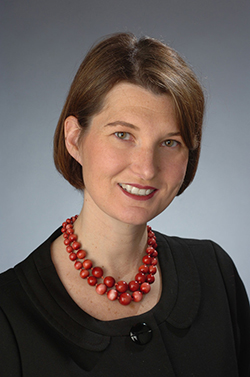 Throughout 2015 and 2016, participating institutions will conduct campus conversations about issues related to human dignity that are polarizing within their communities. The resolution specifically recognizes that members of NASCUMC “do not interpret societal issues with one mind” and calls upon institutions to create environments that encourage the free exchange of ideas and honor honest differences.

“Syracuse University is proud to endorse this prophetic resolution for it represents the best of who we are and who we strive to be,” Steinwert says. “As a United Methodist-related institution we are committed to creating a diverse and inclusive learning environment that nurtures a new generation of leaders ready to engage the world’s most difficult challenges. We value a passionate pursuit of knowledge that honors and values the worth and dignity of each person. This resolution is both an affirmation of the historic work we have done as an institution and the future tasks that lie ahead as we press forward ever, expanding our welcome in our common struggle for a better, more just world.”

The University has long led critical conversations about diversity and inclusion on campus through a variety of forums. Most recently, the Express Yourself forum in October brought together students, faculty and staff, and created a space for students to share their challenges and hope for the campus in working toward a more inclusive community. From this forum, five workgroups were formed and have been meeting through the spring semester, focused on developing recommendations on key areas related to diversity and inclusion.

NASCUMC is an organization of the chief executive officers of educational institutions that are related to the United Methodist Church. SU is a NASCUMC member and one of 119 schools, colleges and universities in the United States recognized by the University Senate of The United Methodist Church. In 1892, SU hosted the inaugural meeting of the University Senate, to initiate the system of accreditation for higher education that is in place now. Since that time, SU and its fellow United Methodist-related schools and colleges have worked diligently to create vibrant institutions that set the standard for excellence among their peers.

Syracuse University’s origin can be traced to the Methodist Episcopal Church. At the Genesee Annual Conference of the Methodist Episcopal Church held in Syracuse in February 1870, a resolution was passed to found a university in the city. An endowment of $500,000 was raised to, among other purposes, purchase 50 acres of farmland in southeastern Syracuse. The Board of Trustees of Syracuse University signed the University charter and certificate of incorporation on March 24, 1870.