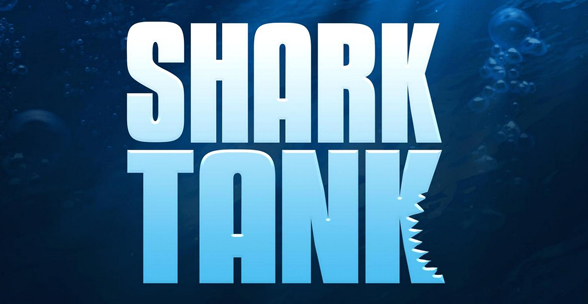 Their entrepreneurial journey has taken them from the Syracuse University Student Sandbox and the Couri Hatchery to the “Shark Tank.”

A group of Syracuse University students who launched a startup in the Syracuse Student Sandbox incubator in 2009 is appearing this week on the national reality TV show that’s famous for bootstrapping fledgling entrepreneurial ventures—or not.

The team from reputation management company BrandYourself, which began as one of the original teams in the first Student Sandbox program, appears on the Friday, March 20, episode (9 p.m. on ABC). The “sharks” are a panel of self-made entrepreneurs who will hear BrandYourself’s pitch and decide whether to invest in the company.

Originally based in Syracuse and now headquartered in New York, BrandYourself was founded by Syracuse University classmates Patrick Ambron, Peter Kistler and Evan McGowan-Watson. The three were students in the first entrepreneurship-immersion Student Sandbox program. They also won the Whitman School‘s Panasci Business Plan Competition in 2009.

Their beginnings in that supportive, “okay-to-fail” environment, and the ensuing two to three years of time there were instrumental to the company, notes Ambron, the firm’s CEO.

“I consider those first couple years to be really, really important. We were clueless to begin with,” Ambron says. “The program gave us a place to hang our hat, and it gave us the resources and support when everything is a challenge and you feel like you’re running in place. Those first two years, we were chasing our tails while learning, and Syracuse gave us the environment where you could fail, and it wasn’t a big deal, and you could keep trying.” 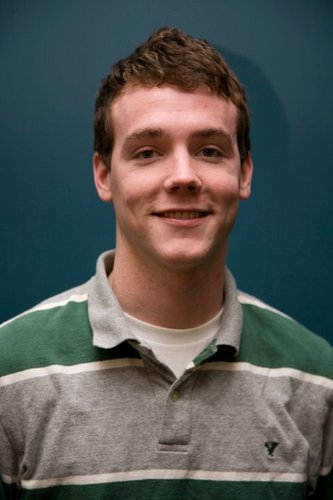 Eventually, the group hit its stride.

“Finally, we hit the turning point, and we figured out how to build the right product,” Ambron says. “A lot of that learning experience is what makes you ready for something like “Shark Tank,” because you need to understand how your business works and what makes it work,” says the CEO.

John Liddy, adjunct professor at the School of Information Studies (iSchool) who directs the Syracuse Student Sandbox program, has watched the firm’s evolution.

“They’ve addressed their technical needs, their user interface, and they’ve pivoted occasionally to assure that they’re going to get market fit. They’ve sought industry leaders and investors with subject matter expertise as their mentors, and they’ve been intelligent about getting relevant advice,” Liddy says. “It’s really rewarding to see a team that’s worked very hard, with good coachability, be as successful as they have.”

This TV appearance not only puts the firm on the national stage, but the chance to engage “Shark Tank’s” entrepreneurs is invaluable, Liddy says.

“We always preach to students that you’ve got to get smart money; and the sharks are individuals who have great networks. The reach into those networks in terms of customer growth, and the relationships they would form with any of the investors is likely to be worth much more than the capital, assuming they get a deal,” Liddy says. “It’s all about how can they maximize the reach of those individuals who will be investing. And it’s going to show off what a strong team they are. I have all the confidence in the world that they’re going to do well.”

Would Ambron recommend that other startups go on “Shark Tank”?

“If they’re ready, absolutely, depending on their goals,” the CEO advises, cautioning against taking that risk too early. “You’ve got to be in a place where you’re ready to take an investment, have a product or service to be sold, or you can benefit from the audience and the exposure.”

The firm’s concept was developed after one of the founders had difficulty getting an internship in college, believing the problem stemmed from being mistakenly identified on Google searches as a drug dealer, the company has said. That led to the idea to create a product where individuals could easily improve their own search results.

BrandYourself entered the online reputation industry “because we believed it was broken. It catered to wealthy people, lacked transparency and used outdated techniques. Our mission is to give everyone the tools they need to look great online while empowering them to understand how to manage their own online presence,” the company has said.

During its startup phase, BrandYourself won the $200,000 grand prize in 2011’s Syracuse-area Creative Core Emerging Business Competition, was honored by the White House as one of the Top 100 Startups Run by Entrepreneurs Under 30, and was named one of the Top 5 Collegiate Startups by Entrepreneur Magazine. In 2012, the firm won the overall category of “Best Boostrapped Startup” at South by Southwest (SXSW).

Ambron graduated from Syracuse in 2009 with a dual major from the Newhouse School of Public Communications and the College of Arts and Sciences, in advertising and psychology, respectively. Kistler majored in information management and technology at the iSchool. McGowan-Watson attended the Whitman School as an entrepreneurship and emerging enterprises major.

In a special arrangement with the University, BrandYourself offers the first year of membership in its premium service free of charge to Syracuse University students and alumni.