Bantle Symposium Will Feature Lecture by Authority on Free Banking

Lawrence White, professor of economics at George Mason University, who is best known for his work on free banking, will deliver a lecture at the Maxwell School on Friday, March 20, as part of the Bantle Symposium on Entrepreneurship, Business and Government Policy. His talk is titled “Can the Banking System Regulate Itself? Is Government Regulation an Improvement over Laissez Faire?”  The symposium is cosponsored by the Maxwell School of Citizenship and Public Affairs and the Martin J. Whitman School of Management. 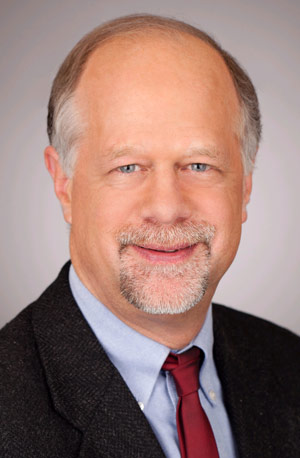 The lecture will be held in 220 Eggers Hall beginning at 10 a.m.  The talk is free and open to the public; parking is available in the Booth and Irving Avenue garages at standard rates.

White is the author of “The Clash of Economic Ideas,” “The Theory of Monetary Institutions,” “Free Banking in Britain” and “Competition and Currency,” as well as a number of articles on monetary theory and banking history. He has also edited a number of volumes.

“Before the New Deal,” White writes, “our banking system was weakened with geographic and other restrictions, and since then we have again weakened our banking system with privileges like (systematically underpriced) deposit guarantees and the promise of ‘too big to fail’ rescues.” His talk will address these and other issues, including the economic dangers associated with “rent-seeking” behavior and whether the nation’s Federal Reserve System is doing more harm than good.

Before joining George Mason, White was the F.A. Hayek Professor of Economic History at the University of Missouri-St. Louis. He has been a visiting professor at the Queen’s School of Management and Economics, Queen’s University of Belfast, and a visiting scholar at the Federal Reserve Bank of Atlanta. He earned his Ph.D. from the University of California, Los Angeles.

The Bantle Symposium is hosted by the Louis A. Bantle Chairs in Entrepreneurship, Business and Government Policy, which were established in 1990 by Louis F. Bantle and UST Inc.  One resides in the Maxwell School and is currently held by David Van Slyke. The other, in the Whitman School of Management, is currently held by Maria Minniti.