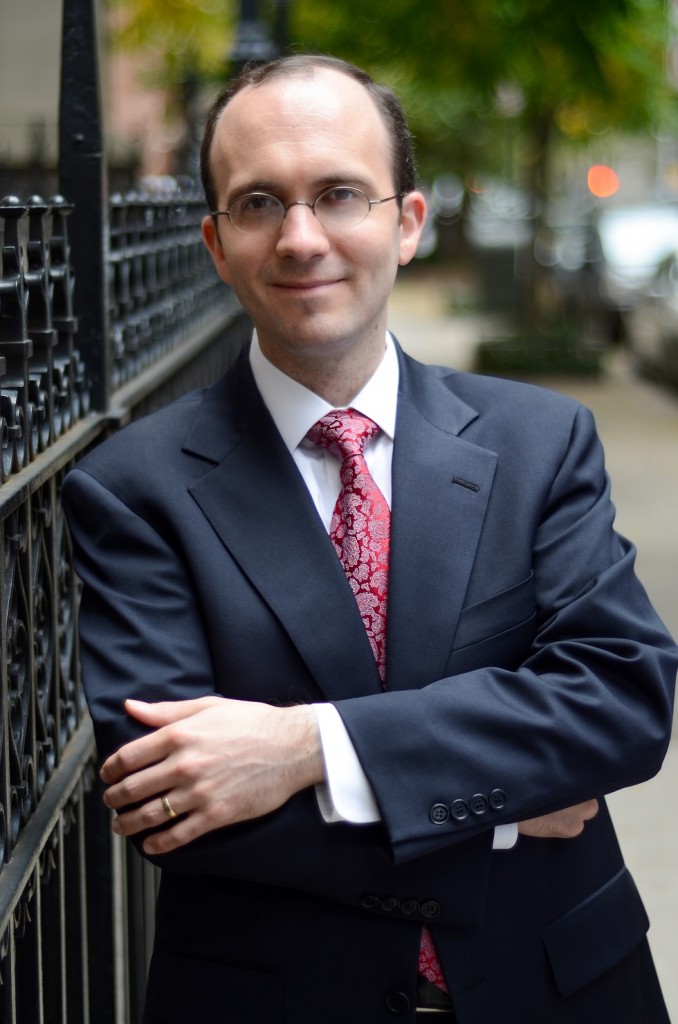 Andrew Elliot Henderson, director of music and organist at Madison Avenue Presbyterian Church (MAPC) in New York City, will present an organ recital on Tuesday, March 17, at 8 p.m. on the historic Holtkamp organ in the Rose and Jules R. Setnor Auditorium, Crouse College.

At MAPC Henderson oversees an extensive liturgical and choral program, including the 45-voice Saint Andrew Chorale, the New York City Children’s Chorus, in addition to the Saint Andrew Music Society’s Music on Madison concert series. He also serves as the associate organist at New York City’s Temple Emanu-El, one of the largest Jewish houses of worship in the world, and as the organ instructor at Teacher’s College, Columbia University.

Henderson, a native of Thorold, Ontario, Canada, holds degrees in music from Cambridge University in England and Yale University. In 2002 he was a finalist in the international organ competition Grand Prix de Chartres held in Chartres Cathedral, France, and in 2003 he won first prize in the biennial National Organ Playing Competition sponsored by the Royal Canadian College of Organists. As well as performing recitals in St. Paul’s Cathedral and Westminster Abbey, London, and in most major venues in New York City and at the National Cathedral in Washington, D.C., recent performances include organ and continuo playing with the New York Philharmonic, American Symphony Orchestra, Musica Sacra, Voices of Ascension, the Oratorio Society of New York and the Collegiate Chorale.

Recent solo recitals include appearances in Krakow, Poland (Krakow Philharmonic Hall), at the Elora Festival (Ontario), and in Colorado (Boulder Bach Festival), Georgia, Kansas, Nebraska, New Jersey, South Carolina, at the historic Round Lake Auditorium in Upstate New York and at the Metropolitan Museum of Art in New York City. He has been featured as a recitalist and workshop leader at national and regional gatherings of the Presbyterian Association of Musicians, the Fellowship of United Methodists in Worship and Music Arts, the Royal Canadian College of Organists, and the American Guild of Organists.