Isaiah Rashad to Headline Final Bandersnatch Show of the Year 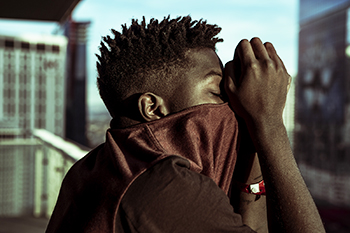 After joining hip hop heavyweights like Kendrick Lamar and Schoolboy Q as a member of the Top Dawg Entertainment record label in late 2013, Rashad instantly became one of the most buzzed-about rappers of last year, receiving early praise from a list of tastemaker media outlets that included BET, MTV and Complex. Rashad would go on to spend 2014 releasing his debut EP “Cilvia Demo,” which peaked at #40 on the Billboard 200 music charts, as well as touring the world with Schoolboy Q and being named to XXL Magazine’s prestigious “freshman list,” which documents the year’s biggest breakthrough rap artists, alongside Chance the Rapper and Vic Mensa. Rashad also appeared at Jay-Z’s Made in America Festival and the Pitchfork Music Festival in Chicago’s Union Park last year.

Pell has shared the stage with a list of artists that includes Waka Flocka Flame, Joey Badass, Juicy J and Casey Veggies, and has been covered in top music publications like NME and YouHeardThatNew. The rapper will be playing New York City’s 600-capacity Bowery Ballroom on March 14.

Tickets for the show will go on sale at the Schine Box Office Wednesday, March 4, at 9 a.m. for $5. Tickets will be available to all Syracuse University and SUNY ESF students. Doors for the event will open at 8 p.m., and a valid college I.D. is required to gain entry to the venue, as well as to purchase a ticket for the event.