The Syracuse University Art Galleries will present “A Concert in Celebration of ‘Pushing the Line: American Women Printmakers from the Syracuse University Art Collection,’” on Thursday, March 5, at 5:30 p.m. Sopranos Eileen Strempel and Kathleen Roland-Silverstein and friends will perform to honor the exhibition, on display through March 15. Presented during Women’s History Month, the evening will feature songs by American women composers specifically selected to illuminate the musical and historical interconnections with the exhibit.

This event is free and open to the public.  Parking information is available by visiting http://parking.syr.edu. 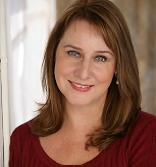 Roland-Silverstein is a highly regarded concert soloist well known for her interpretation of the music of the 20th and 21st centuries. She has been a featured singer with many music festivals, including the Santa Fe Chamber Music Festival, the Britten-Pears Institute and the Tanglewood Music Festival, and has performed with many prominent conductors, including James Conlon, Kent Nagano, Reinbert de Leeuw, James Mauceri and Oliver Knussen. She has been a frequent soloist with the Grammy award-winning Southwest Chamber Music Society of Los Angeles, with which she has garnered critical acclaim for her performances.

In the last year, Roland-Silverstein has performed in New York City, San Diego and Australia, and international performances include concerts in Sweden, Vietnam, Cambodia and Germany. Recordings include a CD created with American composer Libby Larsen of her song cycle “Songs from Letters,” and “Aura,” for orchestra and soloists, by Cambodian composer Chinary Ung. Roland is a Fulbright senior scholar, and an American Scandinavian Foundation grantee. She is a member of the faculty of the Setnor School of Music, and is the author of a new anthology of Swedish art song, “Romanser: 25 Swedish Art Song with Guide to Lyric Diction.” 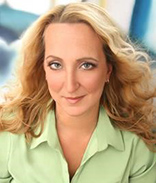 Presidential Scholar in the Arts Strempel “is very striking, overpowering, exacting and musical … a magnificent coloratura, a lyrical soprano,” raved the Associated Press for her Bolshoi Opera debut as Violetta in “La Traviata.”  Strempel made her debut with the New York Philharmonic Chamber Music Series and the Bach “B Minor Mass” in Avery Fisher Hall. She has sung at the Skaneateles, Chautauqua, and Berkeley music festivals and has won first prize of the Loren Zachary, both Sullivan Awards, the Licia Albanese-Puccini Foundation, the Liederkranz, and Enrico Caruso Vocal Competitions.

Strempel is an alumna of Jerome Hine’s Opera Music Theater International, as well as the Eastman School of Music and holds a doctor of music degree from Indiana University. Her numerous recordings include: “love lies bleeding: Songs of Libby Larsen” (prepared with the composer); “With All My Soul;” and “Songs of Innocence and (In)habitation: Settings of Margaret Atwood Poetry by American Women Composers.” Strempel works as assistant vice president/associate professor at Syracuse University and an awardee of an Enitiative eProfessorship by the Ewing Marion Kauffman Foundation. She was a 2011-12 ACE Fellow at Colgate University. Her latest disc, “unto thee I burn: Song Settings of E.E. Cummings poetry by North American Women Composers,” has just been released.

Complete information on the event is available by visiting the website at http://suart.syr.edu/.